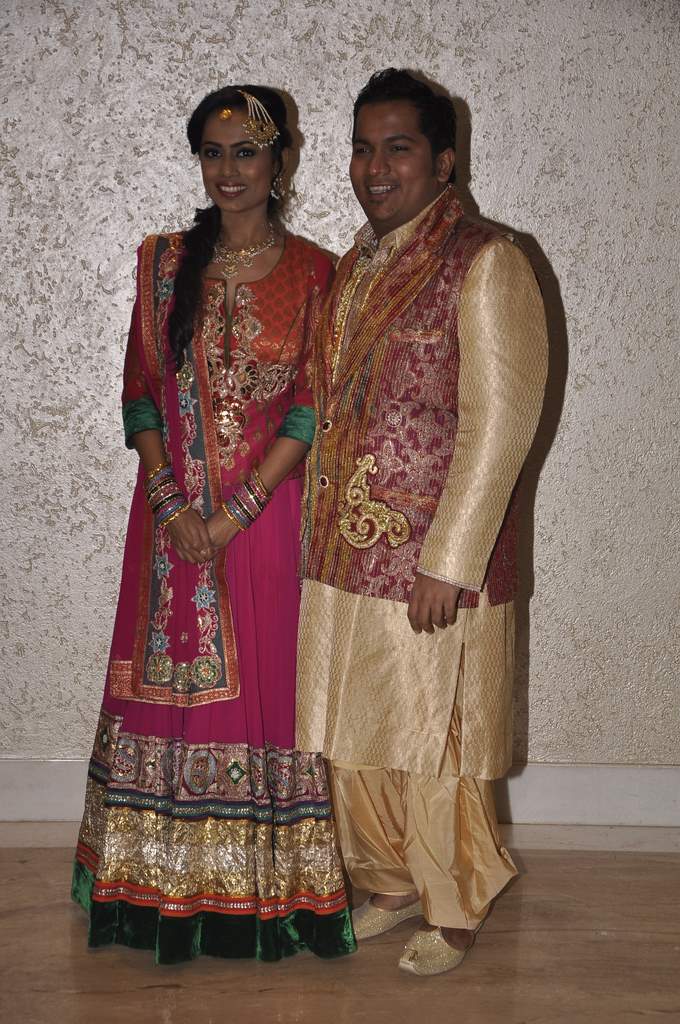 BollywoodGaram.com: The son of educationalist DY Patil’s daughter, Rohan Palshetkar is set to marry Karishma Kirti in Mumbai on January 23, 2014. His mother Nandita Palshetkar is an infertility specialist and Rohan is following in her footsteps and is a practicing gynecologist.

Karishma is a surgeon and the couple met when they were studying at DY Patil Medical College and were engaged in December 2012. The wedding reception was attended by Diana Hayden, Rashmi Thackeray, Poonam Dhillon, Satish Kaushik and many others. Another grand reception will be hosted in Patna – where the bride’s family is based – on January 30, 2014.

Rohan’s uncle, Satej Patil – the current Minister of State for Home – attended the lavish event, which also saw other high-profile names from the political scene.