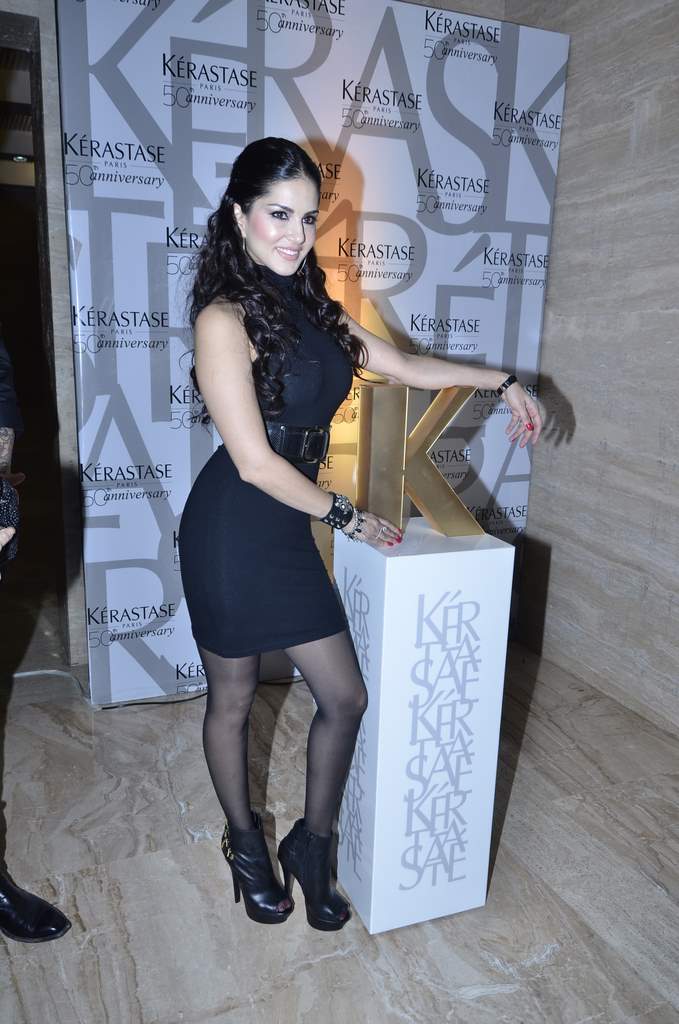 BollywoodGaram.com: Indo-Canadian adult actress Sunny Leone, Adhuna Akhtar, Padmini Kolhapure and Shamita Singha were snapped at the Kerastase anniversary bash which was held at FBar in Mumbai on January 21, 2014. The iconic brand Kerastase is celebrating 50 years of hair care excellence and is famous for its notion of ‘the art of perfect hair’.

For the first time, British model Kate Moss has become the spokesperson for the brand. The expertise of Kerastase when it comes to hair care and Kate’s glamorous image has changed the way styling is perceived in the world. At the event, Bollywood celebrities were welcomed by hosts Smira Bakshi and Aseem Kaushik.

Sunny arrived at the event with her husband Daniel Weber.