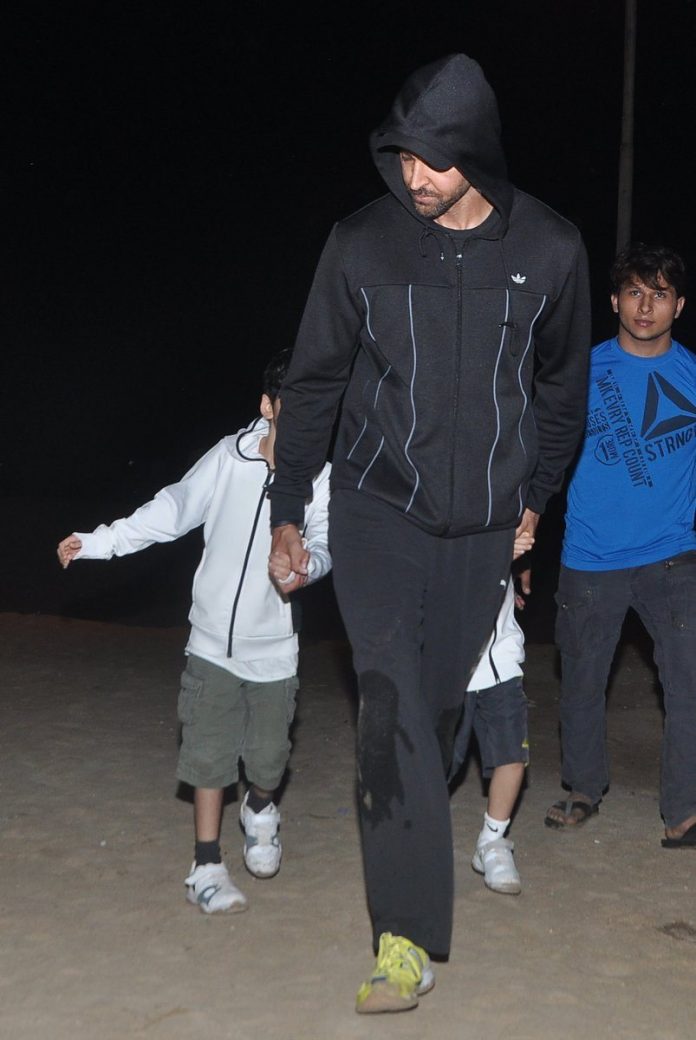 BollywoodGaram.com: Bollywood superstar Hrithik Roshan – who was recently separated from his wife Sussanne – was snapped with his sons at Juhu Beach in Mumbai on January 23, 2014. The actor came with his kids and did not seem to be in a good mood.

Hrithik and Sussanne were friends since childhood and got married on December 20, 2000. The two knew each other for a long time, but Hrithik was too shy to confess his love to her. The couple started dating four years before marriage and have two sons, Hrehaan and Hridaan.

For a long time, various reports were circulating that the Bollywood star and his wife were on the verge of a breakup. On December 13, 2013, the ‘Koi Mil Gaya’ actor announced that his he and his wife have decided to end their relationship.