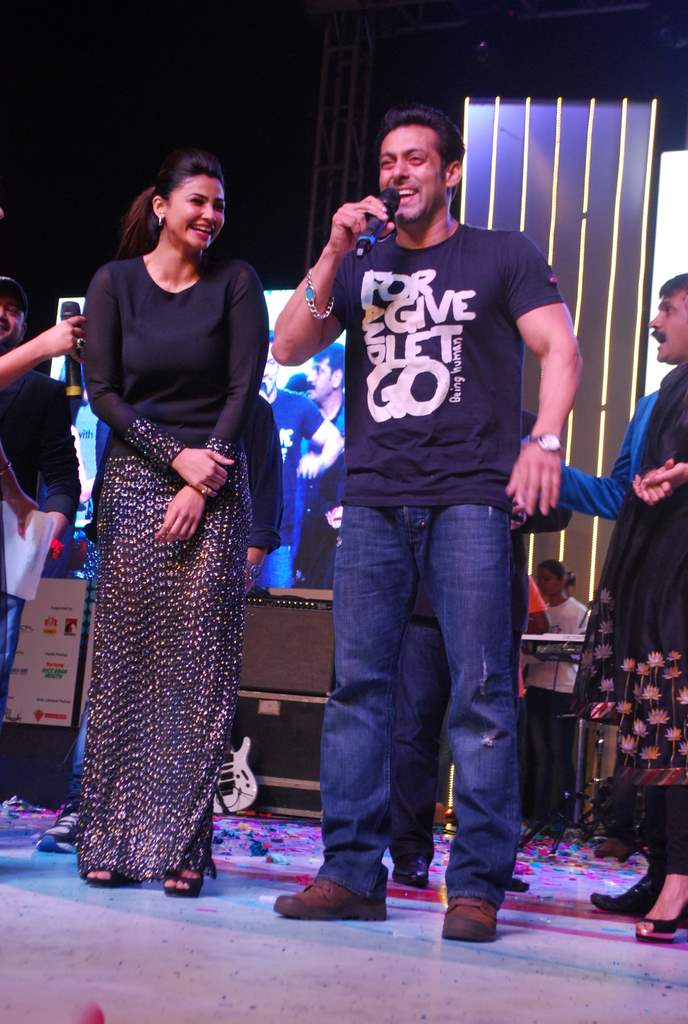 BollywoodGaram.com: Bollywood stars Salman Khan, Daisy Shah and Sohail Khan were snapped at the Worli Festival 2014. At the event, all celebrities spoke about the initiative and also interacted with the crowd.

The three-day festival was organized by NGO Shree Sankalp Pratisthan to mark the beginning of the year 2014, as well as to celebrate the feeling of getting together. The event included live performances from Bollywood singers, movie screenings, dance performances, competitions and special guests and even food lovers were able to enjoy workshops by chefs Saransh Goila and Shailender Kekade.

From entertainment to shopping, there was something for everyone at the Worli Festival 2014, which was a grand affair this season.