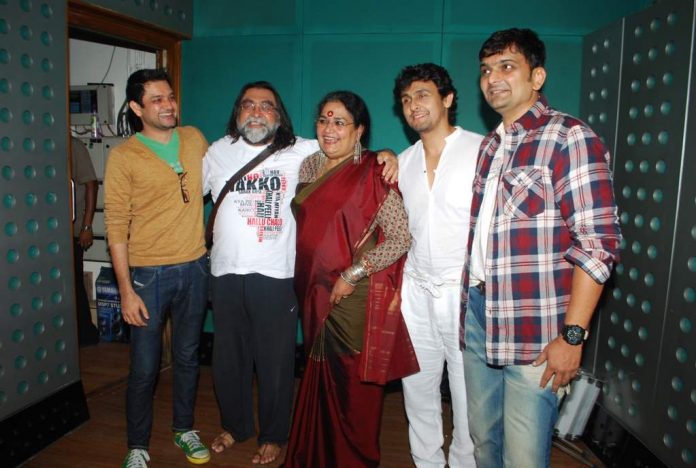 The recording session was also attended by director Prahlad Kakkar and Doshi. Doshi is known for making movies like ‘Deewar’ and ‘Aakhein’. Reports say that the upcoming movie will star Abhishek Bachchan and Aishwarya Rai. Aishwarya is expected to make a comeback with ‘Happy Anniversary’ following her maternity leave.

The Bollywood couple will be seen sharing screen space for the first time since the movie ‘Guru’, which released in 2007.