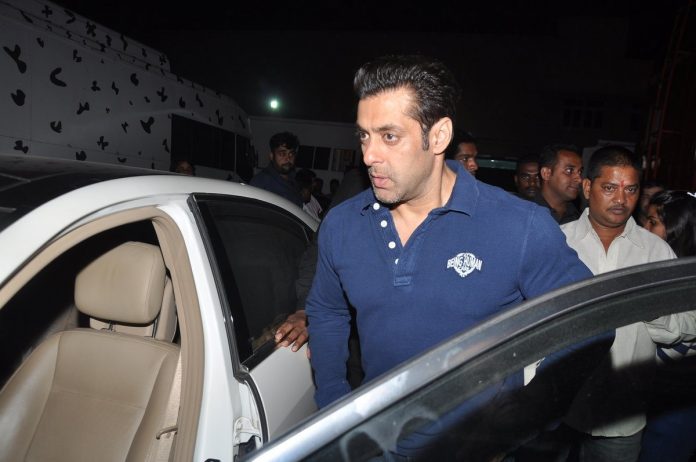 BollywoodGaram.com: Bollywood superstar Salman Khan is scheduled to record his statement in a Jodhpur court on January 29, 2014 related to the 1998 blackbuck poaching case. The chief judicial magistrate summoned the ‘Dabangg’ actor on January 15, 2014, after he was exempted from appearing in the court.

Khan reached Jodhpur on January 29, 2014 morning and was accompanied by his sister Alvira and his lawyer from Mumbai. In the case, Salman has been accused of carrying weapons with an expired license during the hunting of the blackbucks at Kankani village close to Jodhpur.

At the time, the famous actor was shooting for ‘Hum Saath Saath Hain’, a movie produced by Rajshree productions. However, Salman is not the only person accused in the case. Other stars of the movie, including Neelam Kothari, Saif Ali Khan, Sonali Bendre and Tabu are also named as accused in this case. Salman has been charged under Section 51 of the Wildlife Protection Act and others involved in the case have been charged under Section 52 of the act and Section 149 of the Indian Penal Code.

In addition to this, Khan is involved in another hit-and-run case and was arrested for rash and negligent driving. The incident killed a man who was sleeping on the pavement outside the bakery and three others were injured. The trial of this case will begin on August 19, 2014.