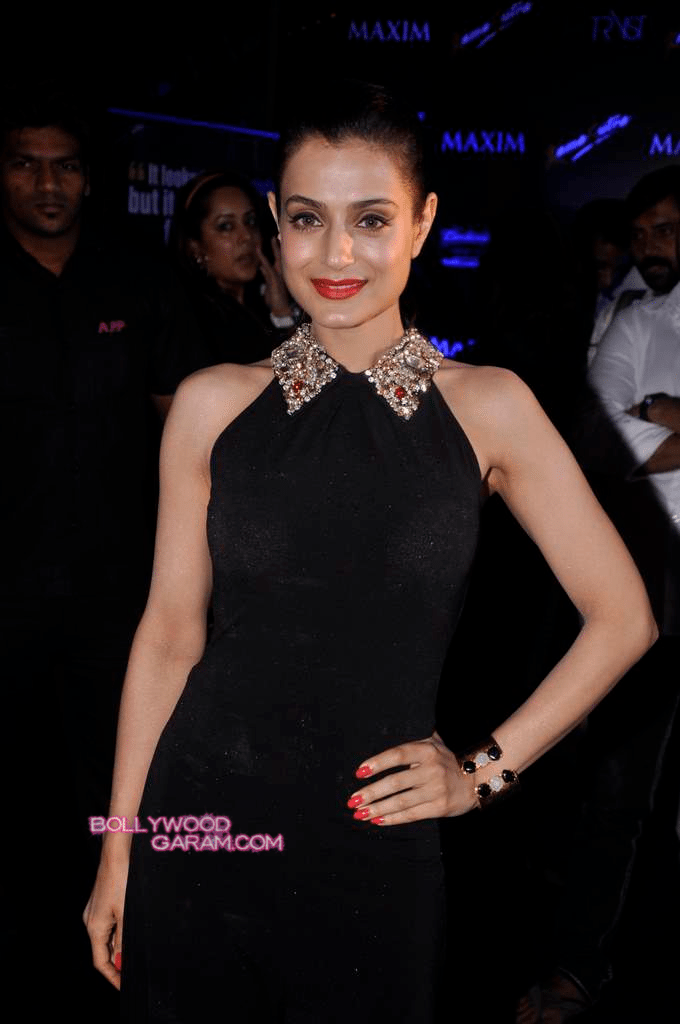 The actress posted on Twitter, “Thank you my tweethearts for all the concern… Got injured a few days ago… Fell very badly during an action sequence.. Knee is hurt but recovering”. Following the incident, a doctor was immediately called on the sets.

The actress said that the doctor was called and she was administered medicines and injections immediately. Sources from the production unit revealed that it was an action sequence, in which Ameesha – who is being chased by a man – had to rush down the stairs. However, the guy who was shooting with the actress tripped and dragged Ameesha along with him and they both fell down. Patel and the guy were injured, after which the doctor was called on the sets. Reports say that feet and hands of the actress were swollen and she has been advised to rest.

Ameesha was seen last in the movie ‘Shortcut Romeo’, opposite Neil Nitin Mukesh. At the moment, the actress is working on projects like ‘Bhaiyyaji Superhitt’ and ‘Desi Magic’. The first movie of the actress – ‘Kaho Na Pyar Hai’ opposite Hrithik Roshan – was a blockbuster hit.