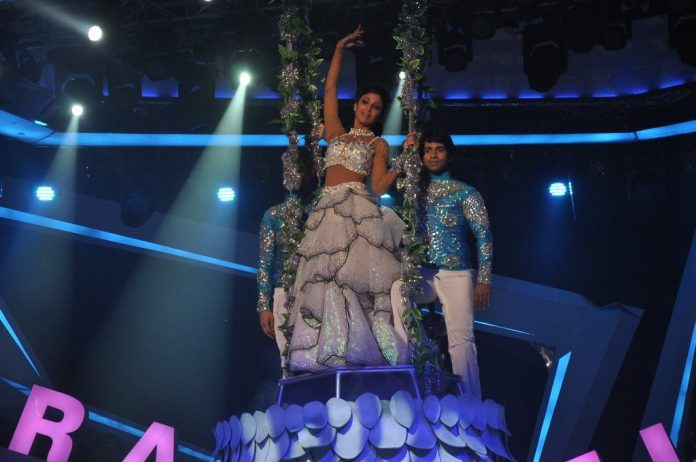 BollywoodGaram.com: Bollywood actress Shilpa Shetty performed during the final episode of the celebrity reality show ‘Nach Baliye 6’ at the Filmistan Studios in Mumbai on January 30, 2014. During the grand finale, the famous actress performed an aerial act.

The ‘Dhadkan’ actress – who is also one of the judges on the show – performed on some of the popular tracks, like ‘Pani Da Rang’ from the movie ‘Vicky Donor’, ‘Ram Chahe Leela’ from the movie ‘Ram Leela’ and ‘Dhating Naach’, from the movie Phata Poster Nikhla Hero’.

Shilpa serves as one of the judges, along with choreographer Terence Lewis and filmmaker Sajid Khan. After wrapping up her act on stage, the actress posed for photographers.