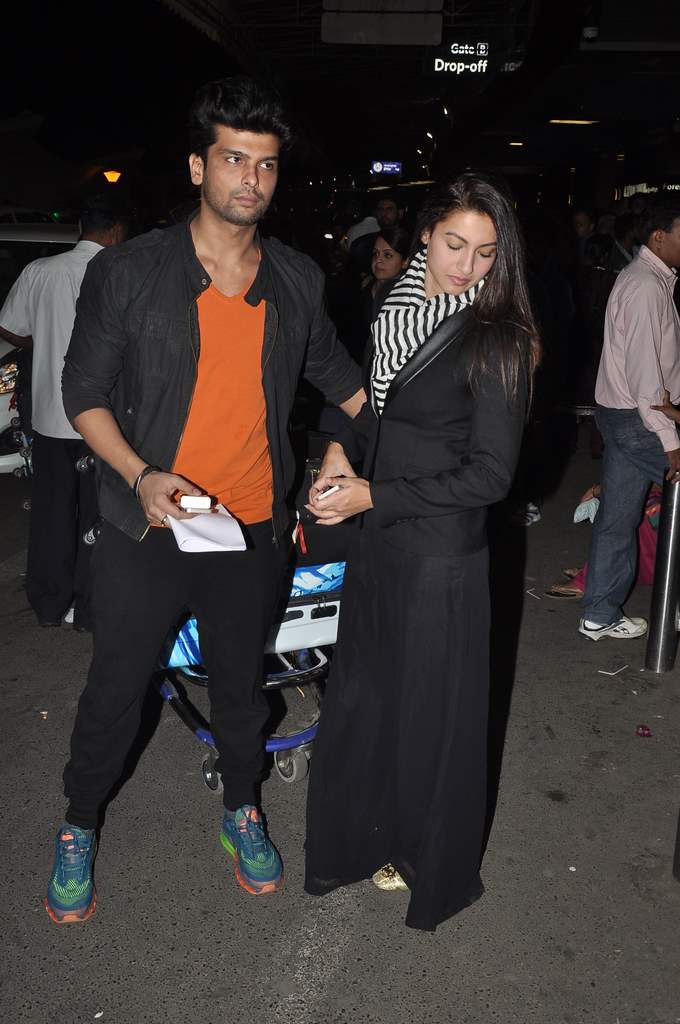 BollywoodGaram.com: Gorgeous model and actress Gauhar Khan and Kushal Tandon were snapped at the airport as she was leaving for Cape Town to shoot for the upcoming reality show ‘Khatron Ke Khiladi’. The show was previously hosted by the ‘Khiladi’ star Akshay Kumar, but the upcoming season will be hosted by filmmaker Rohit Shetty.

This season, the contestants will be competing in the Girls VS Boys-themed show.