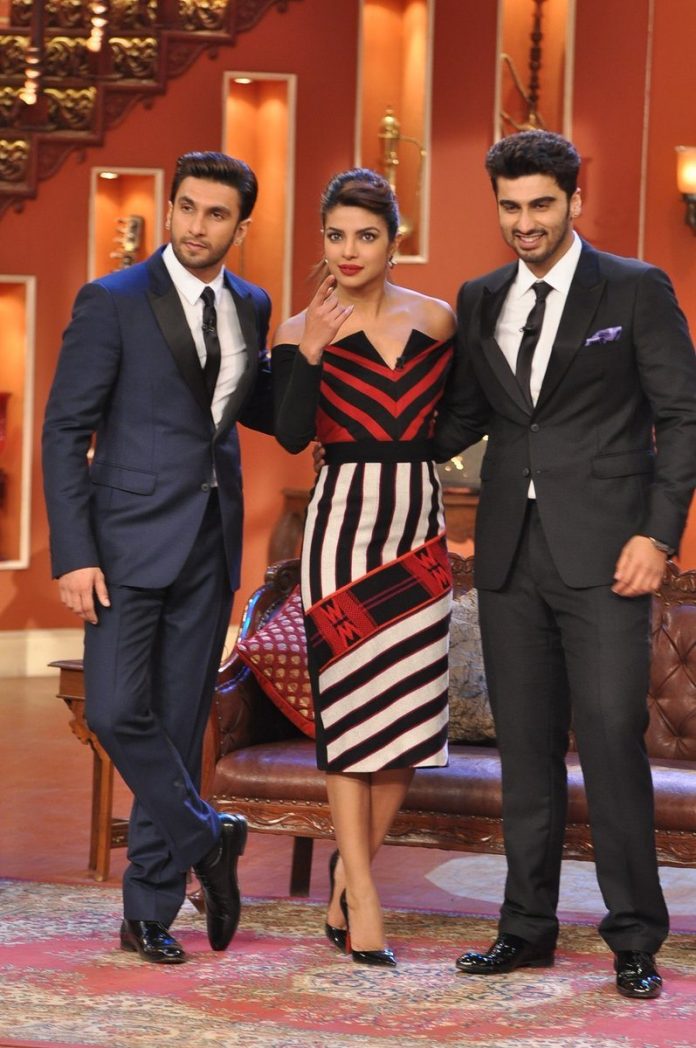 BollywoodGaram.com: Indian stars Priyanka Chopra, Ranveer Singh and Arjun Kapoor promoted their much-awaited movie ‘Gunday’ on the popular TV show ‘Comedy Nights with Kapil’ on February 4, 2014. The cast had a great time and enjoyed themselves during the promotions with Kapil Sharma, the show’s host.

Ranveer and Arjun – who arrived in formal suites – were seen riding a moped on the stage. Meanwhile, stunning Priyanka Chopra mesmerized the audience with her killer dance moves.

The makers of the movie are busy promoting ‘Gunday’ on every possible show, as the flick is all set to hit the theaters on Valentine’s Day, February 14, 2014. ‘Gunday’ is an upcoming thriller entertainer and also has Irrfan Khan in a supporting role.