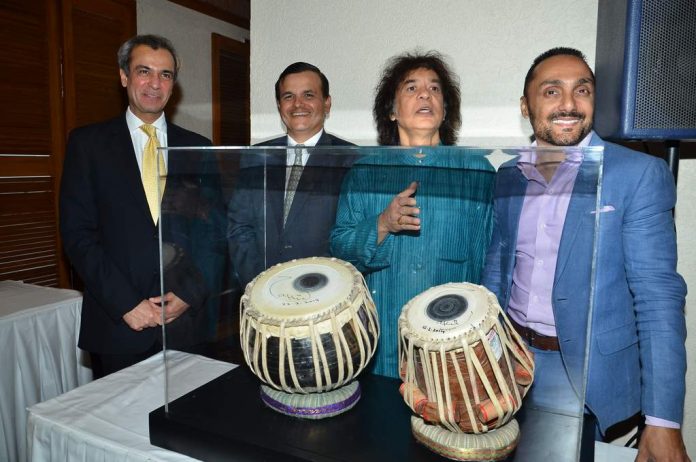 BollywoodGaram.com: Veteran tabla player Zakir Hussain and actor Rahul Bose were present during the announcement of ‘The Idea of India’. It is an auction of 16 important pieces of memorabilia from 16 Indian artists which was held in Mumbai on February 10, 2014.

During the event, the actor said that when he heard about the auction, he thought that it would be tough to meet talented artists of India from all professions and ask them to take out some items.

Hussain is thought to be one of the finest tabla players in the country, while Rahul has been active in the film industry and starred in Bollywood movies like ‘Jhankaar Beats’ and ‘Pyaar Ke Side Effects’.