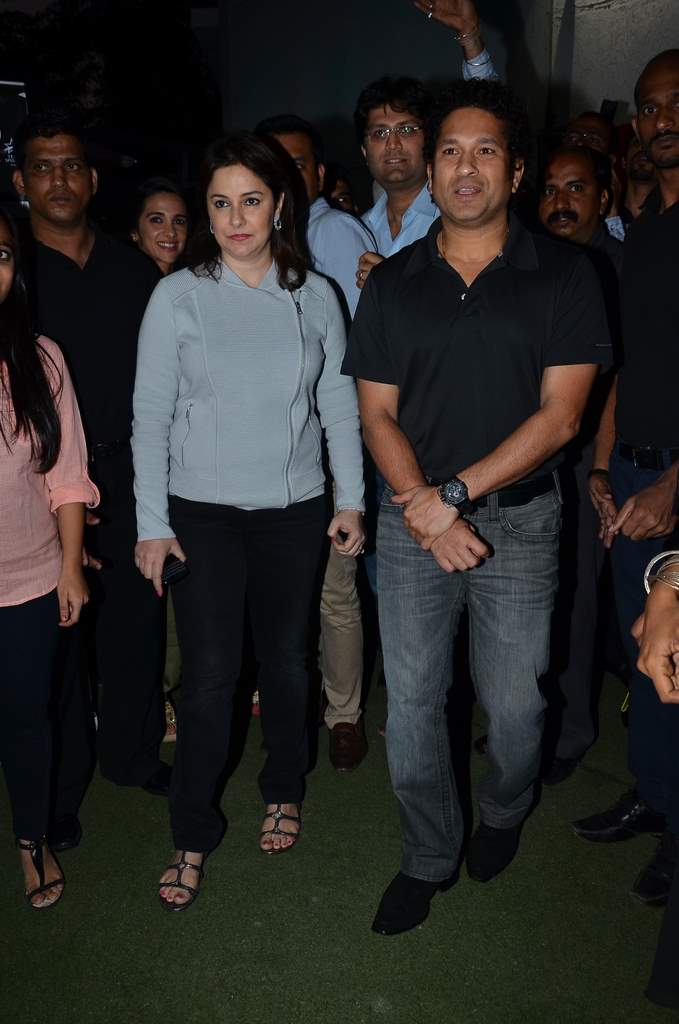 BollywoodGaram.com: Veteran Indian cricketer Sachin Tendulkar and his wife Anjali Tendulkar were snapped at the Hoopla Zone at Smaaash in Mumbai on Monday, February 10, 2014. The event was also attended by actress Tara Sharma.

Sharma mentioned the event on Twitter and posted an image with the caption, “Yep that’s a dinosaur between the super Tendulkars and us!! Haha” The actress also posted a photo of her with Mrs. Tendulkar and wrote that she would love to have Anjali as a guest on her show and said that she is the strength behind Sachin.

Sharma is known for her ‘The Tara Sharma Show’ where she shares information about parenting and maternal child care.