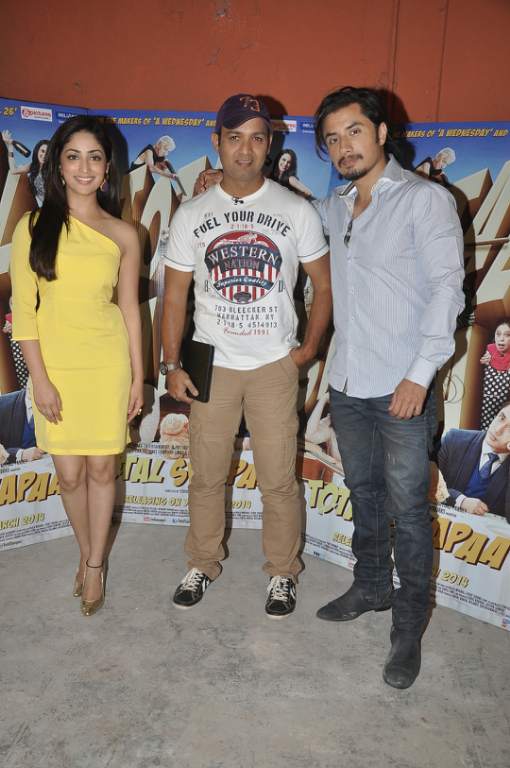 BollywoodGaram.com: Pakistani musician and singer Ali Zafar and Indian actress Yami Gautam promoted their upcoming movie ‘Total Siyapaa’ at Filmistan in Mumbai on February 20, 2014. The movie is produced by Neeraj Pandey and Shital Bhatia and is directed by E. Niwas and will be released on March 7, 2014.

‘Total Siyapaa’ is an upcoming Hindi romantic comedy which is written by Neeraj Pandey. The movie will be released by Reliance Big Entertainment with a screen count of 1,600, compared to 1,100 each for ‘Gulab Gang’ and ‘Queen’, which are also releasing on March 7, 2014. The story of the movie is about Aman and Asha who live in London and love each other.

Aman intends to marry Asha, but his attempts to impress the girl’s parents fail when they find out that he is Pakistani.