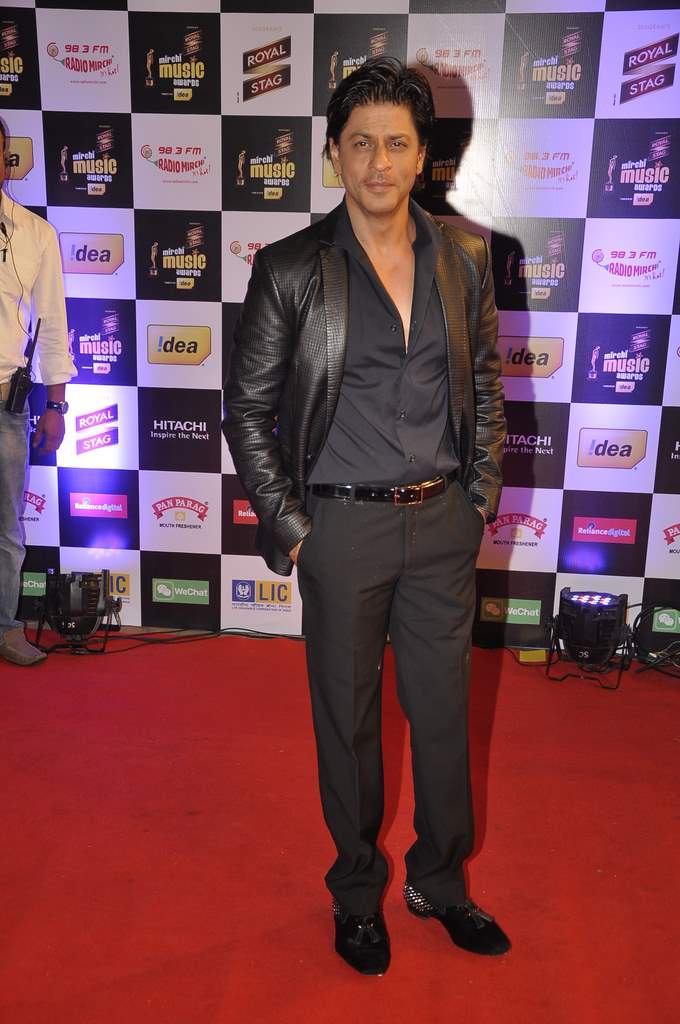 BollywoodGaram.com: Some of the biggest Bollywood stars, including Nargis Fakhri, Varun Dhawan, Shahrukh Khan, Madhuri Dixit and Ileana D’Cruz attended the Mirchi Music Awards 2014, which were held in Mumbai on February 27, 2014. At the red carpet of the event, Khan was asked what was the secret to his success, to which he replied that he does not know what his secret is.

The ‘Kabhie Khushi Kabhi Gham’ actor went on to say that he is happy that he is successful, but it is his nature that when he is working, he feels like there is no other work being done in the world.

Shahrukh, Ileana, Nargis and Varun arrived dressed in black outfits, while Madhuri was seen in a pretty peach sari on the red carpet.

Veteran actor Jagdeep passes away at 81