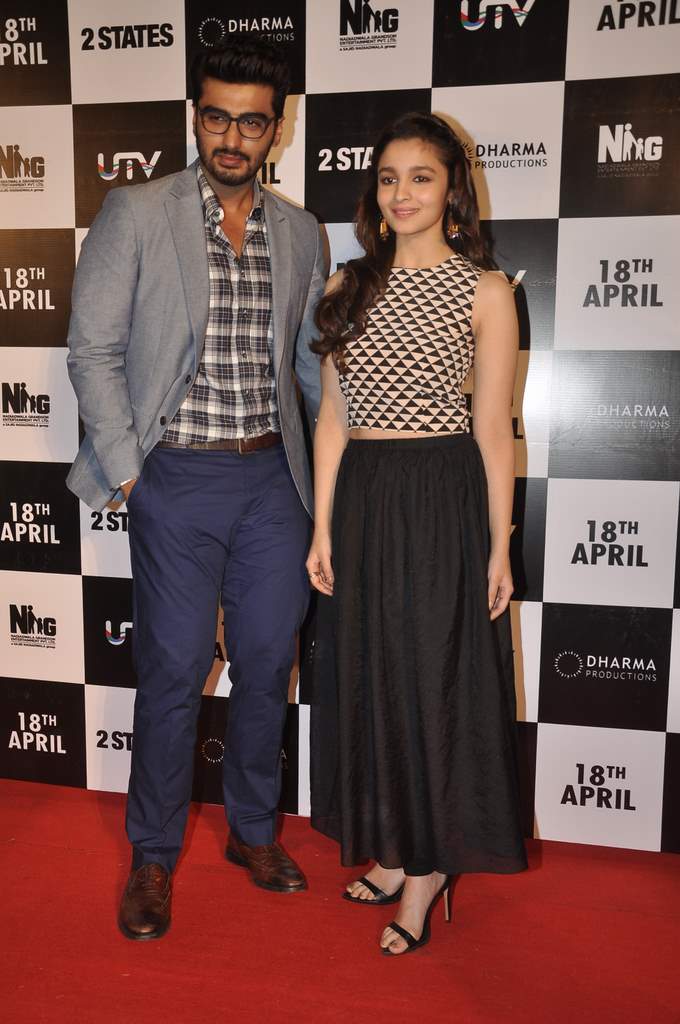 BollywoodGaram.com: Lead actors from the upcoming movie, Arjun Kapoor and Alia Bhatt launched the official trailer video of ‘2 States’ on February 28, 2014. ‘2 States’ is based on Chetan Bhagat’s book of the same name.

The launch event was also attended by producer Karan Johar and author Chetan Bhagat. The story of the movie is about a Punjabi boy who falls in love with a South Indian girl and how the two deal with their parents who are convincing them to get married. The movie is directed by Abhishek Varman and is produced by Johar and Sajid Nadiadwala.

Bhatt has just finished promoting her movie ‘Highway’ and is gearing up for the promotion of ‘2 States’.