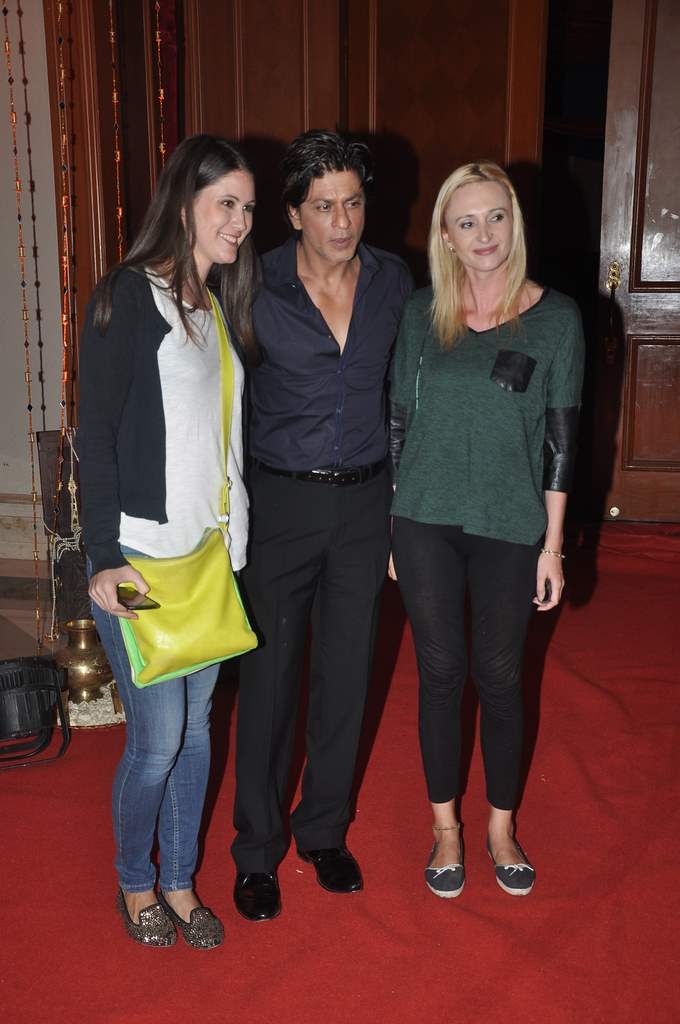 BollywoodGaram.com: Bollywood superstar Shahrukh Khan attended the Mid Day bash to unveil the first issue featuring a new look. The party was also attended by some South African fans and Shahrukh became a major attraction when he obliged to sing for them.

Other stars who witnessed the fun moment included Deepika Padukone and Ranveer Singh. Shahrukh – who is very popular with his fans – also obliged for pictures with many of them. Singh was seen taking pictures while Shahrukh was having fun with his fans. The ‘Kabhie Khushi Kabhie Gham’ actor is currently shooting Farah Khan’s upcoming movie ‘Happy New Year’.

During the shoot, Khan sustained an injury, but has now recovered and is back to work.