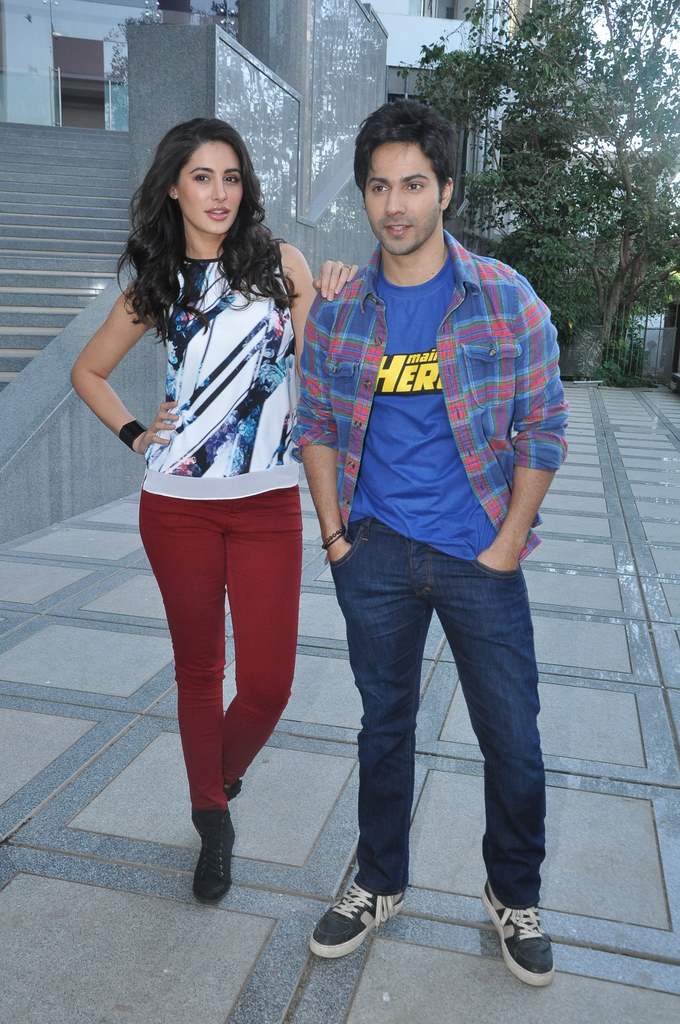 BollywoodGaram.com: Lead actors from the upcoming ‘Main Tera Hero’, Varun Dhawan and Nargis Fakhri promoted their flick at the Mithibai College in Mumbai on March 1, 2014. Varun and Nargis had a great time interacting with students.

While talking to students, Dhawan said that he will be playing the role of Sreenath Prasad, who is expelled from about 15 schools and ten police officers have been transferred because of him. Before leaving the event, the actors expressed that they had a great time and invited everyone to watch their movie, which is all set to hit the theaters on April 4, 2014.

‘Main Tera Hero’ is a remake of the Telugu flick ‘Kandireega’.