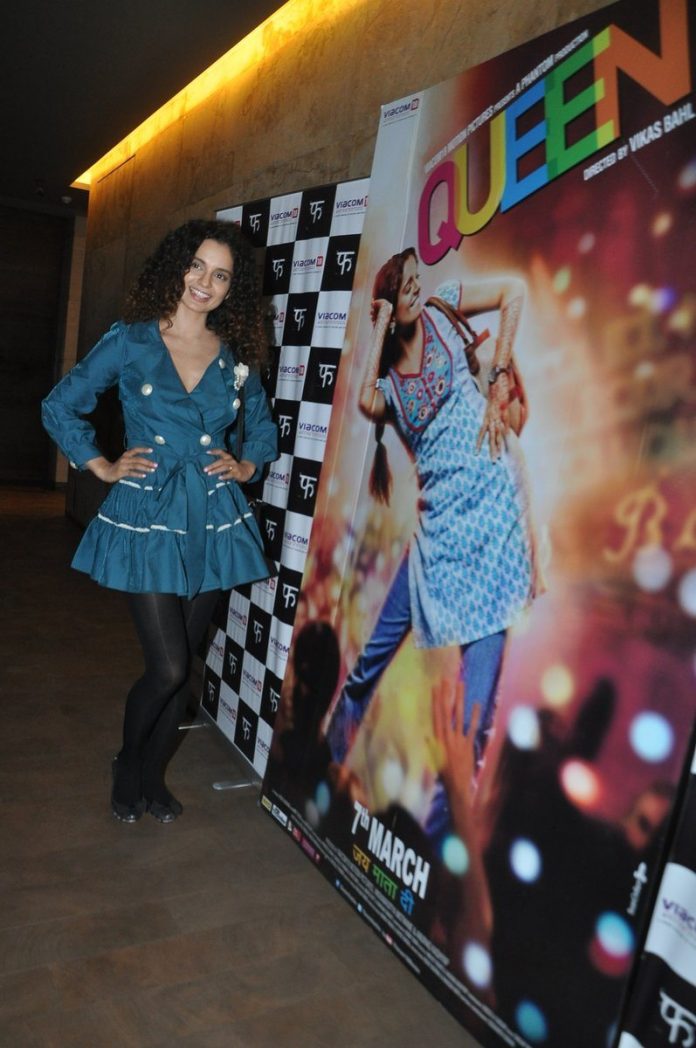 During the interactive session, the three stars talked about their movie and also shared some behind-the-scenes incidences. Kangna plays the role of a young girl who decides to go on her honeymoon alone. The Vikas Bahl movie is produced by Viacom 18 Motion Pictures and Phantom Films. The makers released an official trailer video of the movie on December 20, 2013.

Amit Trivedi composed the music for the movie, while the lyrics were penned by Anvita Dutt.