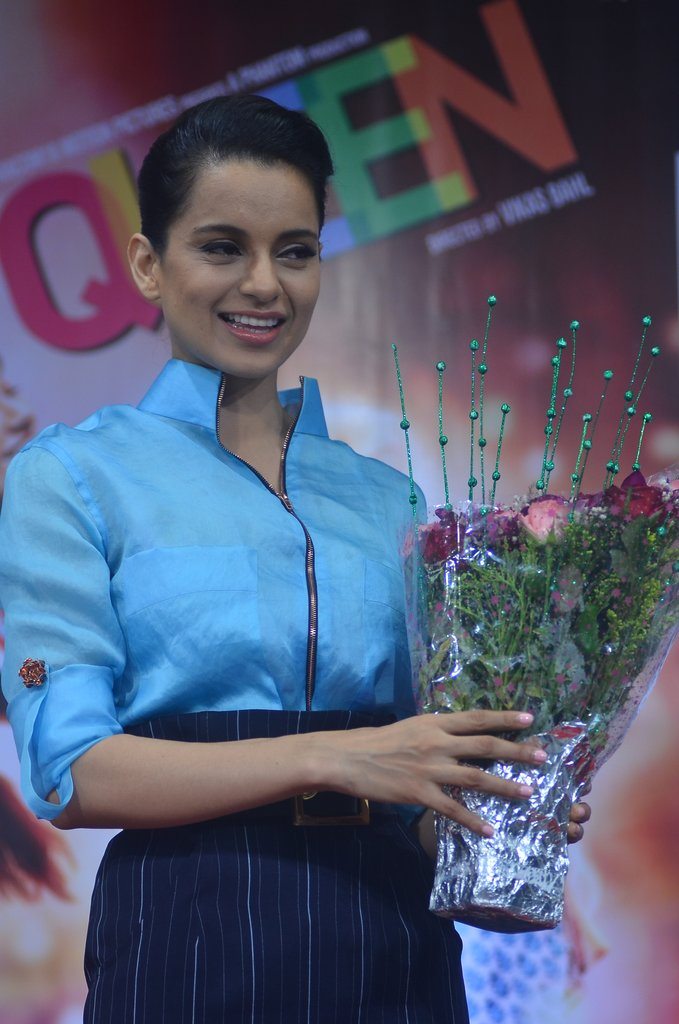 BollywoodGaram.com: Indian actress Kangna Ranaut appeared elegantly dressed at a promotional event for the movie ‘Queen’, which hit theatres on March 7, 2014. The movie has already started receiving rave reviews. During the promotions, Kangna said that she prefers appreciation from the audience instead of awards.

The ‘Gangster’ actress said that she is getting good reviews for the film and that many people are also appreciating it on social networking sites and that they are happy about it.

The movie is directed by Vikas Bahl and features Kangna Ranaut in the lead role, who goes on her honeymoon alone after her wedding is called off.