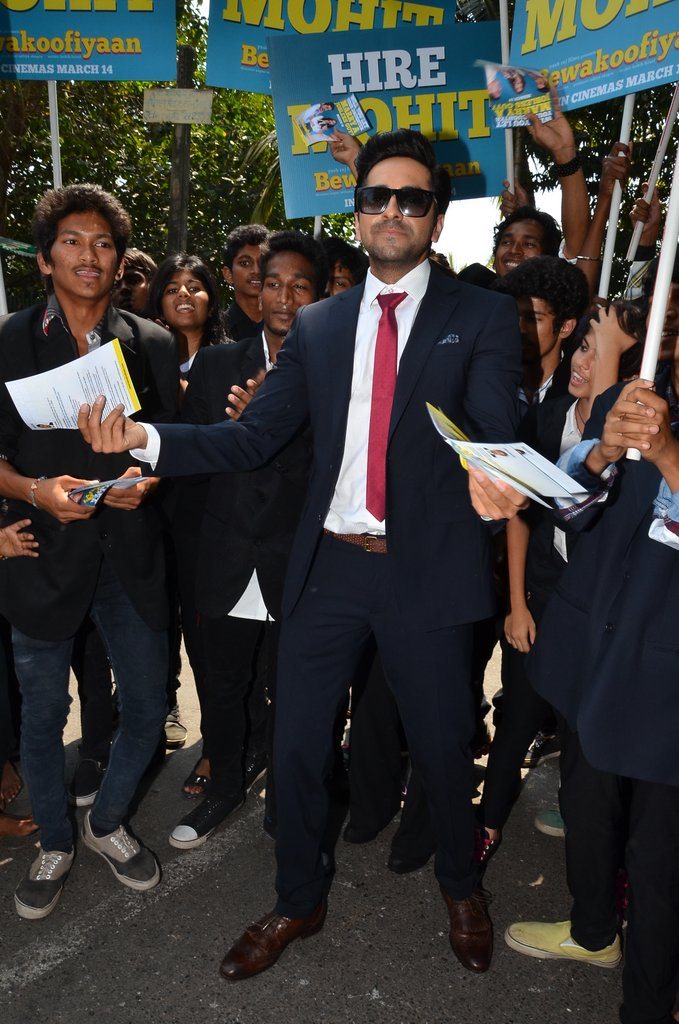 BollywoodGaram.com: Bollywood actor Ayushmann Khurrana promoted his upcoming movie ‘Bewakoofiyaan’ on the streets of Mumbai on March 7, 2014. Khurrana interacted with the media and spoke about what he is doing in the movie.

Khurrana said that he wants to be a senior marketing executive and that he has been fired and wants to marry his girlfriend, due to which he is doing this flash mob and asking employers to hire him. The movie ‘Bewakoofiyaan’ also has Sonam Kapoor and Rishi Kapoor, who plays Sonam’s father.

‘Bewakoofiyaan’ is directed by Nupur Asthana, written by Habib Faisal and is produced by Aditya Chopra under the banner of Yash Raj Films.