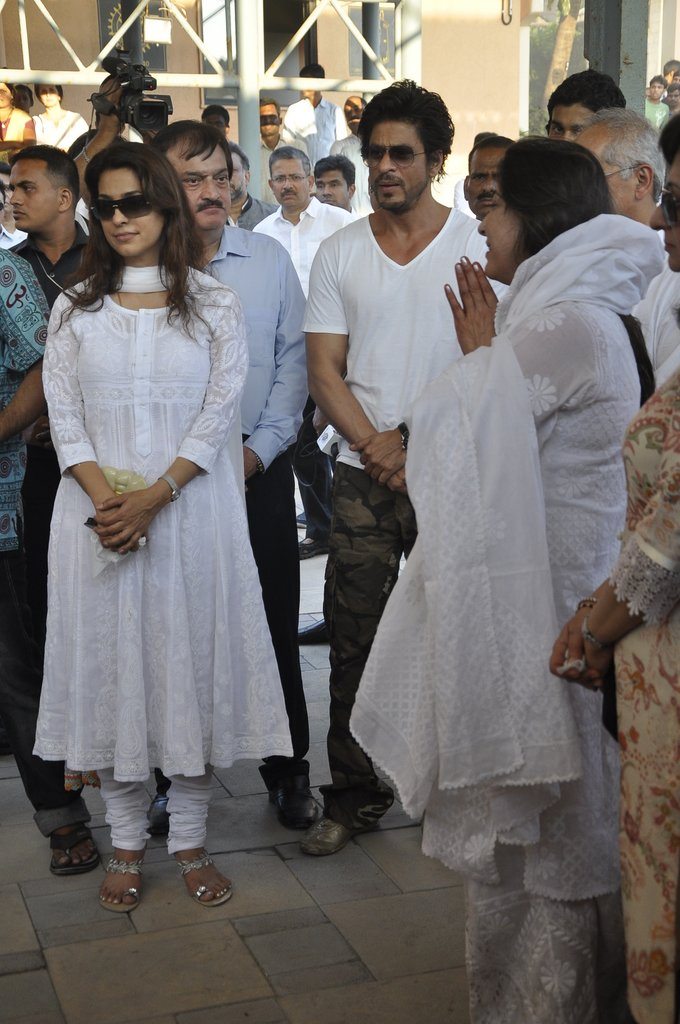 BollywoodGaram.com: Bollywood actress Juhi Chawla’s brother Bobby Chawla passed away at Jaslok Hospital in Mumbai on March 9, 2014. Bobby was in a coma since April 2010, after he suffered a stroke while having dinner at a restaurant.

Celebrities from Bollywood, including Shahrukh Khan, Deepika Padukone, Anubhav Sinha and Farah Khan attended the funeral which was held on March 9, 2014. Bobby’s condition was serious for a long time and the last rites took place at around 6 pm. Following the release of her movie ‘Gulaab Gang’, Juhi is receiving rave reviews for her negative role.

The movie also has Madhuri Dixit, who plays the role of a social activist who fights for the rights of women.