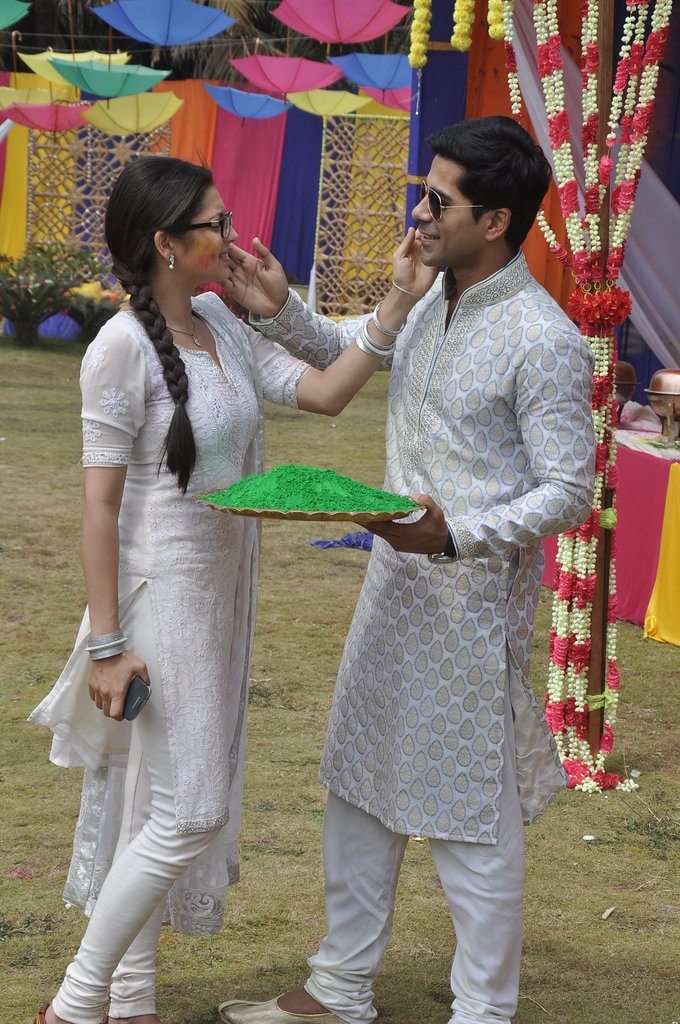 BollywoodGaram.com: TV stars from the series ‘Madhubala – Ek Ishq Ek Junoon’, ‘Beti – Ishq Da Kalma’ and ‘Beintehaa’ of Colors channel celebrated the festival of Holi in Mumbai on March 9, 2014. Celebrities shot a special Holi episode which will be aired on March 15, 2014.

In 2014, the audience will get to see the Abdullahs from ‘Beintehaa’ organize a grand Holi bash and stars from other TV series will be joining them. Holi is a festival of colors which is celebrated in India during the spring season and signifies the victory of good over evil.

The festival also marks the arrival of spring and the end of the winter season.