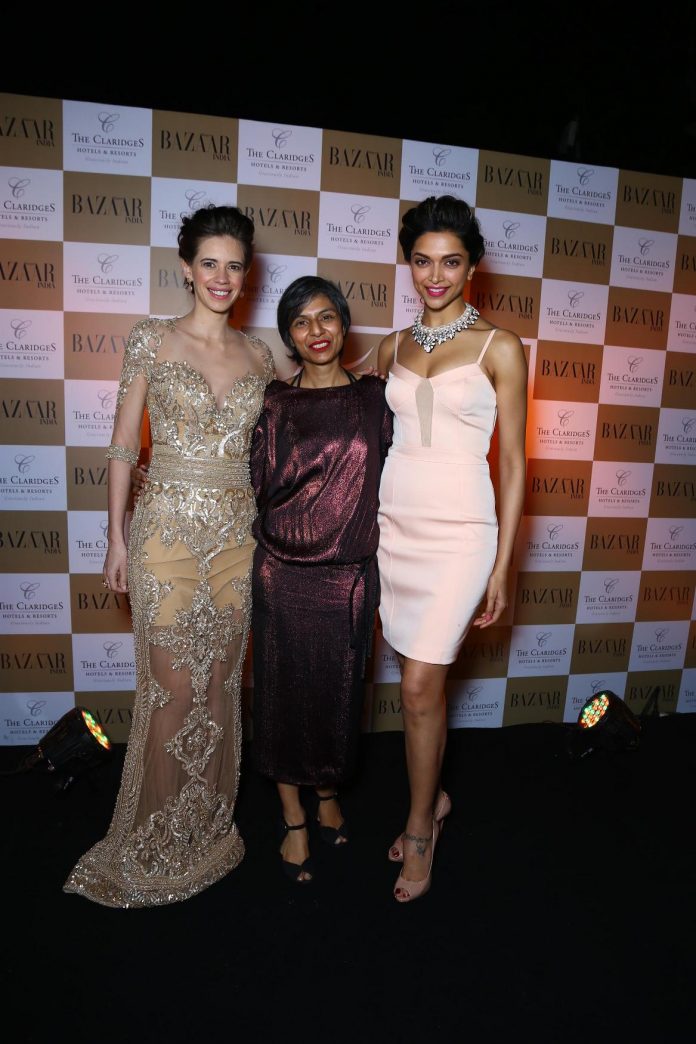 BollywoodGaram.com: Indian beauties Deepika Padukone and Kalki Koechlin revealed the cover of the fifth anniversary of Harper’s Bazaar Magazine in New Delhi on March 9, 2014. As usual, Padukone looked absolutely stunning in an Alexander Wang dress with a Shourouk necklace, which complimented her overall look.

Meanwhile, Kalki looked pretty and elegant in a silver gown. The event also had Mala Sekhri, the chief executive officer of India Today Group and Nishat Fatima, the editor of Harper’s Bazaar.

During the event, Sekhri shared her thoughts and said that in five years, Harper’s Bazaar has become a must-read for new Indian woman who is fond of living a fashionable life.