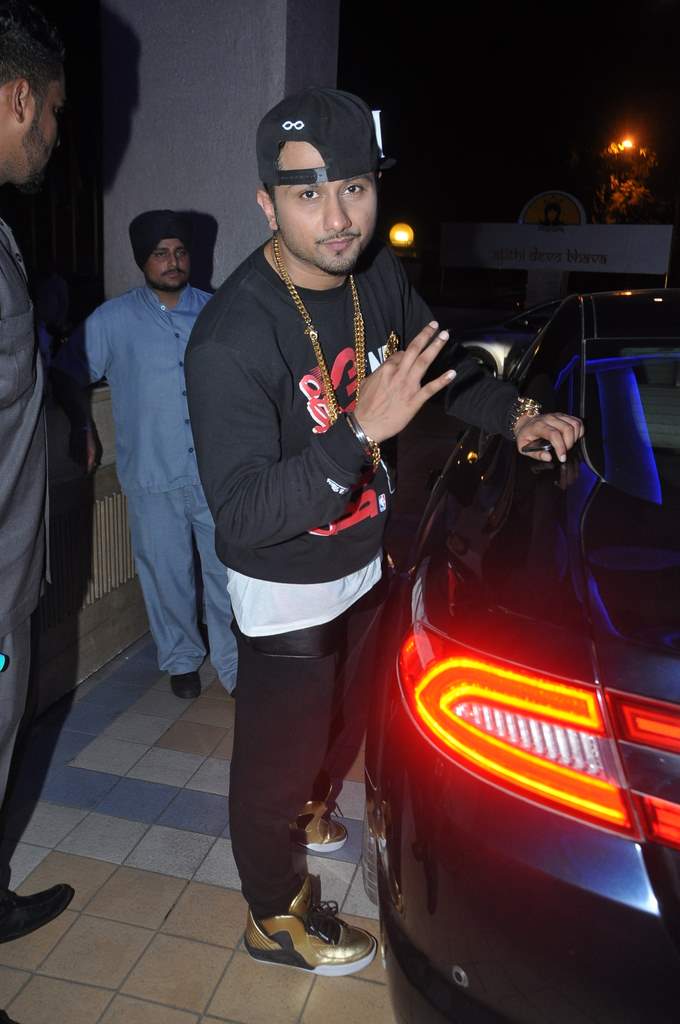 BollywoodGaram.com: Indian rapper Yo Yo Honey Singh has managed to hit the popularity chord and is now all set to lend his voice to actor Ranbir Kapoor. The popular musician will be singing a song in the upcoming movie ‘Roy’ by Vikramaditya Singh.

Apart from Ranbir Kapoor, the rapper will also be seen shaking a leg on the silver screen with Bollywood star Amitabh Bachchan in the upcoming movie ‘Bhoothnath Returns’. Reports say that it was Bhushan Kumar’s idea to rope in the rapper. The movie ‘Roy’ will be produced by Bhushan’s company T-Series. When contacted, Bhushan was not ready to divulge more details regarding the deal and said, “We might have Singh or some other singer. It’s too early to talk about this.”

However, the development was confirmed by Vikramaditya, who said that Honey Singh has been roped in for Ranbir Kapoor. At present, Singh is in Durban for a private show. The director went on to say that the singer will return soon and is excited to work with Ranbir. The ‘Barfi’ actor and the Indian rapper first met at Delhi’s Jawaharlal Nehru stadium during the shoot of the movie ‘Besharam’ and got along famously.

The two stars have now become the best of friends. It will be interesting for the audience to watch Ranbir dance to the tunes of Honey Singh, who is known for his songs.