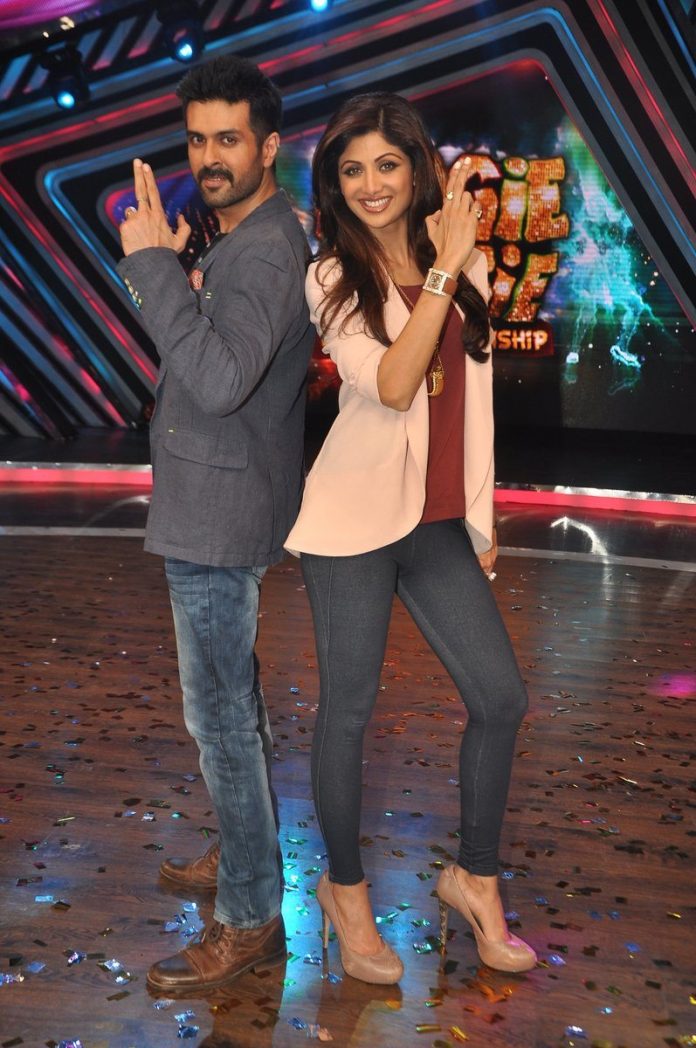 BollywoodGaram.com: Actors Shilpa Shetty and Harman Baweja promoted their upcoming movie ‘Dishkiyaoon’ on the sets of the popular dance show ‘Boogie Woogie’ in Mumbai on March 13, 2014. In the movie, Shilpa will be seen in an item song.

Harman plays one of the lead roles as Viki Kartoos. Apart from Harman, ‘Dishkiyaoon’ also stars Sunny Deol, Ayesha Khanna, Prashant Narayan, Aditya Pancholi and Rajit Kapur. The makers shot the flick in Mumbai and Europe and is about the Mumbai underworld.