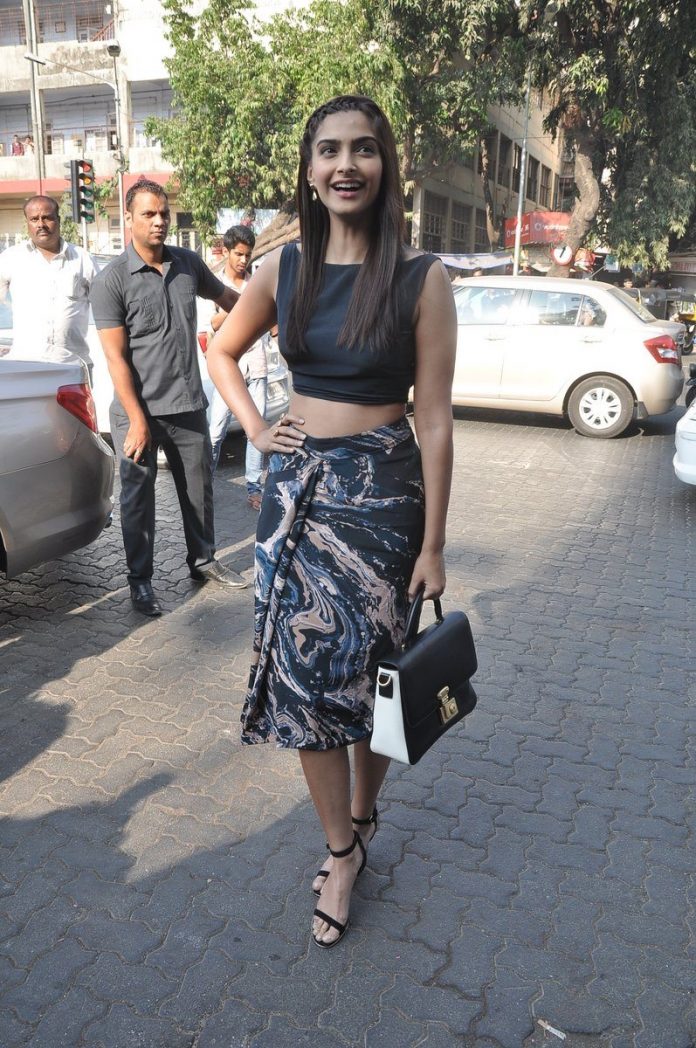 BollywoodGaram.com: Indian actors Ayushmann Khuarrana and Sonam Kapoor promoted their upcoming movie ‘Bewakoofiyaan’ at Cafe Coffee Day on March 13, 2014. For the latest promotions, Sonam was dressed in a stylish outfit, while Ayushmann wore a T-shirt which had the caption ‘Jeb hai Khali, but pyaar is unlimited’, which means that there is no money, but there is love unlimited.

In the new flick, Sonam and Ayushmann play a couple and are madly in love with each other. They believe that only love can help them to survive. The movie also has Rishi Kapoor, who plays the role of Sonam’s father and is against their marriage.