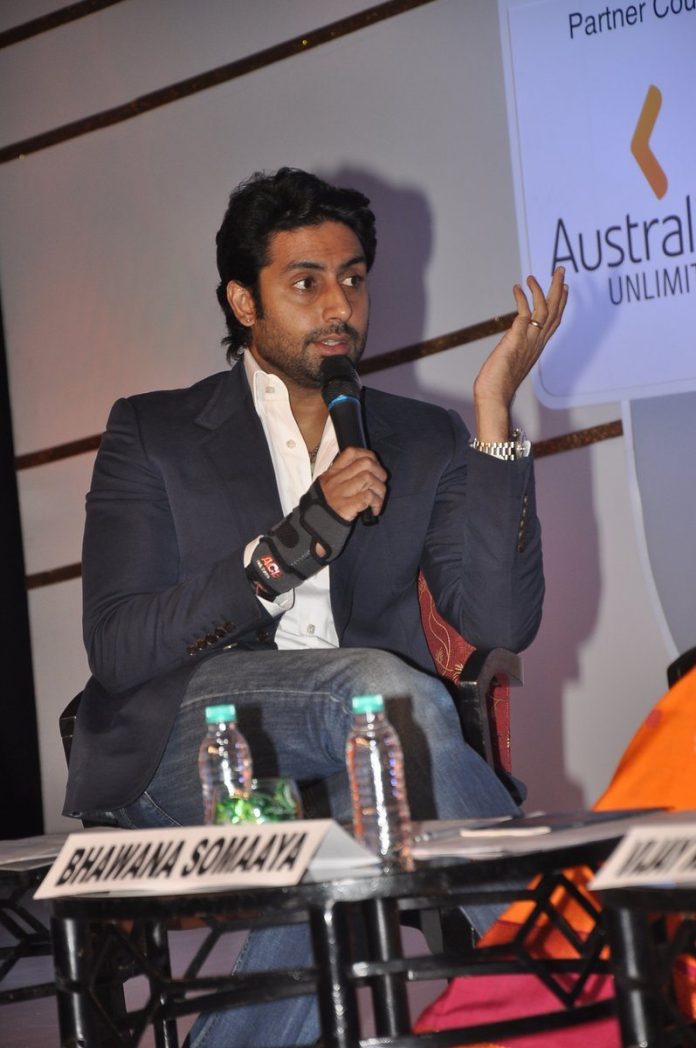 BollywoodGaram.com: Indian movie star Abhishek Bachchan was present at the FICCI Frames 2014 event with journalist Bhawana Somaaya, as well as the director of ‘Dhoom 3’, Vijay Krishna Acharya. At the event, the actor spoke about the ‘Dhoom’ franchise and his plans for the future.

At the moment, the ‘Dhai Akshar Prem Ke’ actor is producing a movie with R Balki and said that he is open for co-productions. While talking about the successful ‘Dhoom’ franchise, Abhishek said that the collections have at least doubled with every ‘Dhoom’ film.

The actor went on to say that as long as the characters of Jai and Ali are there, Uday and he will be involved in the flick.