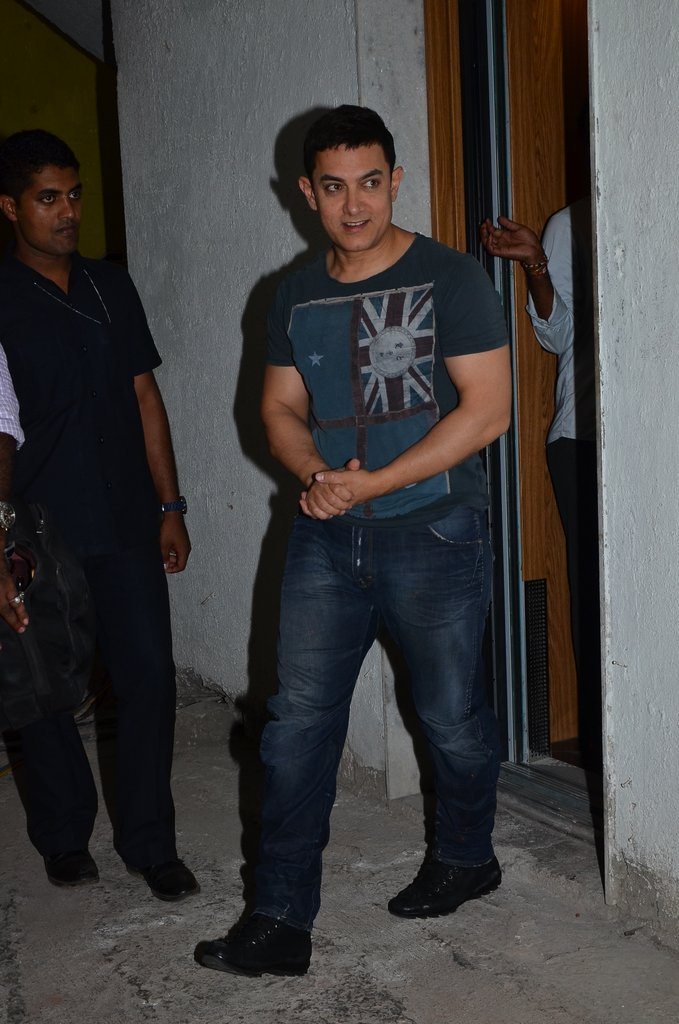 BollywoodGaram.com: Bollywood star Aamir Khan turned 49 and celebrated his birthday with the media and fans at his residence in Mumbai on March 14, 2014. The actor – who is currently hosting the second season of the reality show ‘Satyamev Jayate’ – cut the cake with his loyal fans.

Khan talked to the media and said that 2013 was great for him, that he is happy with the success of ‘Dhoom 3’ and that he was glad that his hard work paid off. When it comes to future plans, the ‘Tare Zameen Par’ actor said that in 2014 he will be concentrating on the show ‘Satyamev Jayate’, while Raju Hirani’s ‘Peekay’ will be released by the end of 2014.

Aamir also promised that he will return with a few episodes in July 2014.