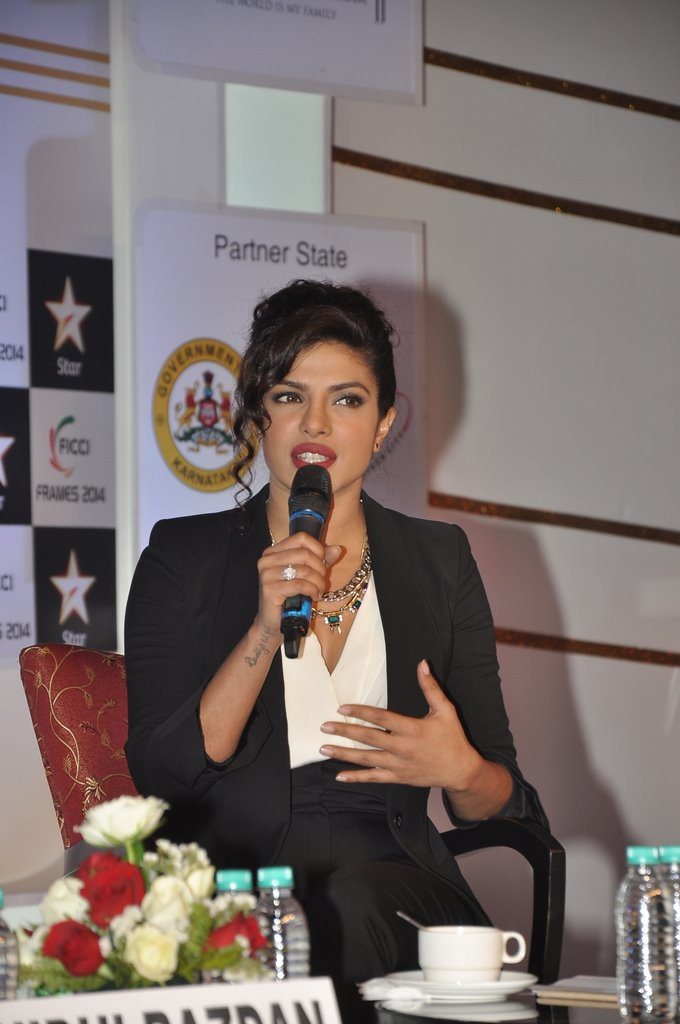 BollywoodGaram.com: Bollywood actress Priyanka Chopra attended the FICCI Frames 2014 on March 14, 2014. The ‘Barfi’ actress was talking to Nidhi Razdan at the event and addressed the women-centric films which are made in Bollywood.

During the event, Priyanka said that she is proud to be a Hindi film heroine and that she loves Hindi cinema and blockbusters.