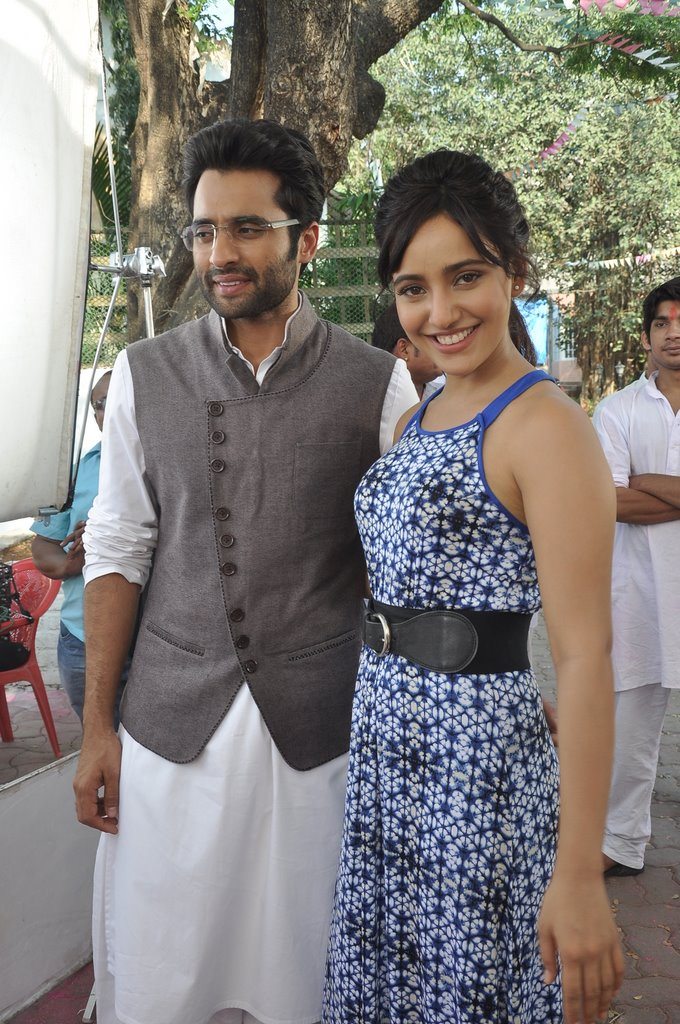 BollywoodGaram.com: Young Bollywood actors Jackky Bhagnani and Neha Sharma appeared on the sets of the popular TV show ‘Nandini’ in order to promote their upcoming flick ‘Youngistaan’. Jackky appeared in a kurta and pyjama look, while Neha looked pretty in a blue and white outfit.

Neha and Jackky are now busy promoting the movie, which is directed by Syed Ahmad Afzal and is all set to hit theatres on March 28, 2014. Apart from the two stars, the movie also features late actor Farooq Sheikh and Kayoze Irani in supporting roles.

The upcoming movie is a remake of the Telugu flick ‘Leader’, which is written and directed by Sekhar Kammula.