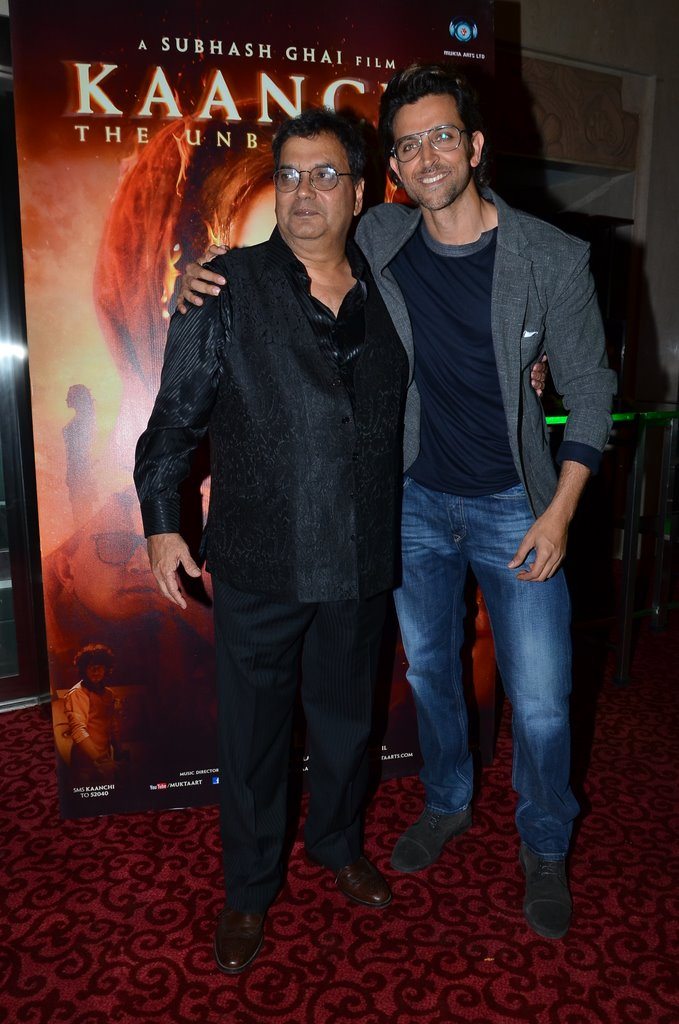 BollywoodGaram.com: Bollywood stars Hrithik Roshan and Subhash Ghai attended the audio launch of the upcoming movie ‘Kaanchi – The Unbreakable’, which was held in Mumbai on March 18, 2014. Hrithik attended the event as the chief guest. The movie is produced and directed by Subhash Ghai and features Kartik Taiwari and debutant Mishty in the lead roles.

Veteran actors Rishi Kapoor and Mithun Chakraborty will also be seen in the flick in supporting roles. The movie is based on the inner power of a woman, who represents millions of youth against injustice in the country.