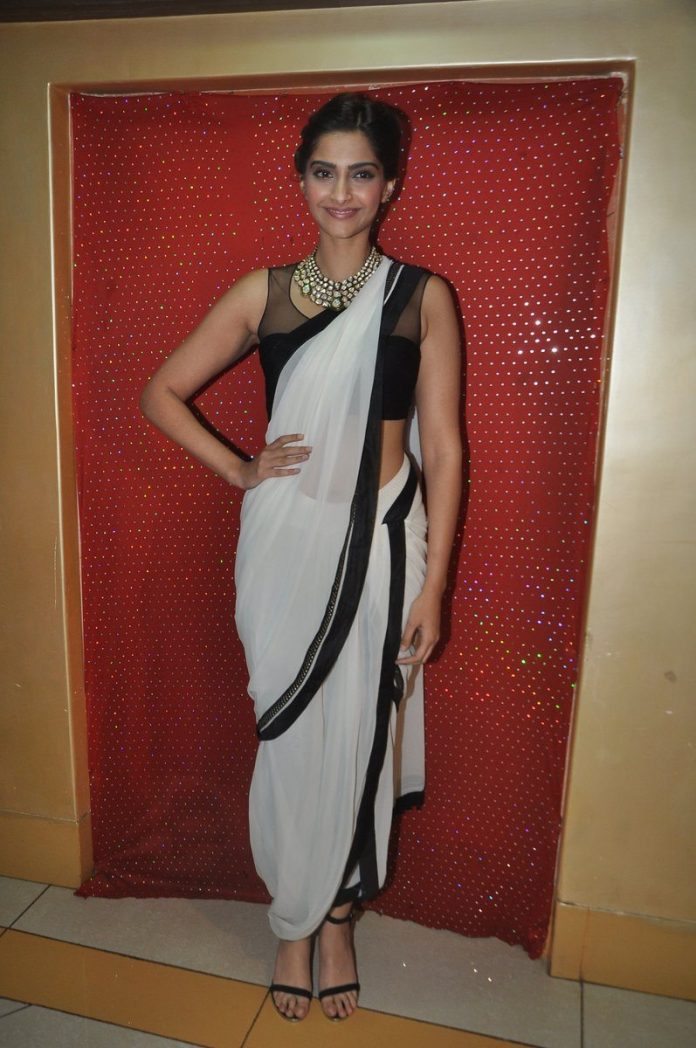 BollywoodGaram.com: Bollywood actress Sonam Kapoor attended the launch event of the ghazal album ‘Kuch Dil Ne Kaha’, which was held at ISKCON Temple Auditorium in Mumbai on March 18, 2014. The ‘Mausam’ actress appeared in a stylish white and black sari for the event.

After the event, Kapoor interacted with the media and expressed that it was a beautiful evening and that she does not get many chances where she can sit and enjoy live performances. The actress was asked by one of the reporters if she could sing, but she replied that she is a terrible singer.