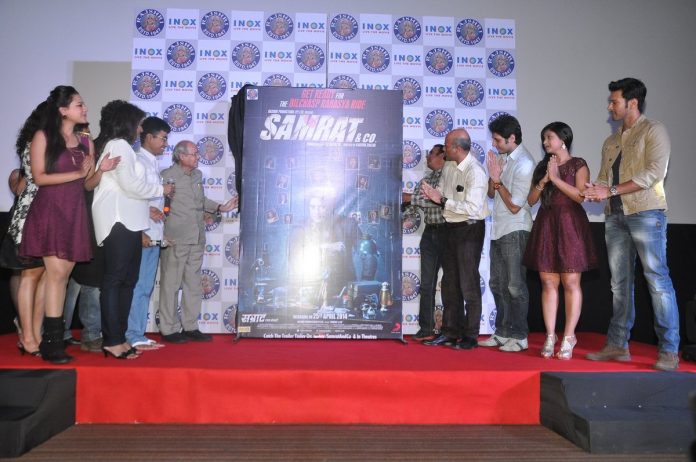 BollywoodGaram.com: Actors Rajeev Khandelwal and Rajneesh Duggal launched a trailer video from the upcoming movie ‘Samrat & Co.’ in Mumbai on March 18, 2014. ‘Samrat & Co.’ is a suspense flick and Khandelwal will be playing the role of a detective.

During the trailer video launch, Rajeev said that before shooting this movie, he intentionally did not watch any detective films. The movie is directed by Kaushik Ghatak and is produced by Kavita K. Barjatya under the Rajshri Productions banner. The movie also stars Madalsa Sharma, Gopal Datt, Girish Karnad and Priyanshu Chatterjee.

In the movie, Dimpy Singh – played by Sharma – approaches a private detective with a strange case, in which her garden gets ruined for reasons which appear natural, but are not known.