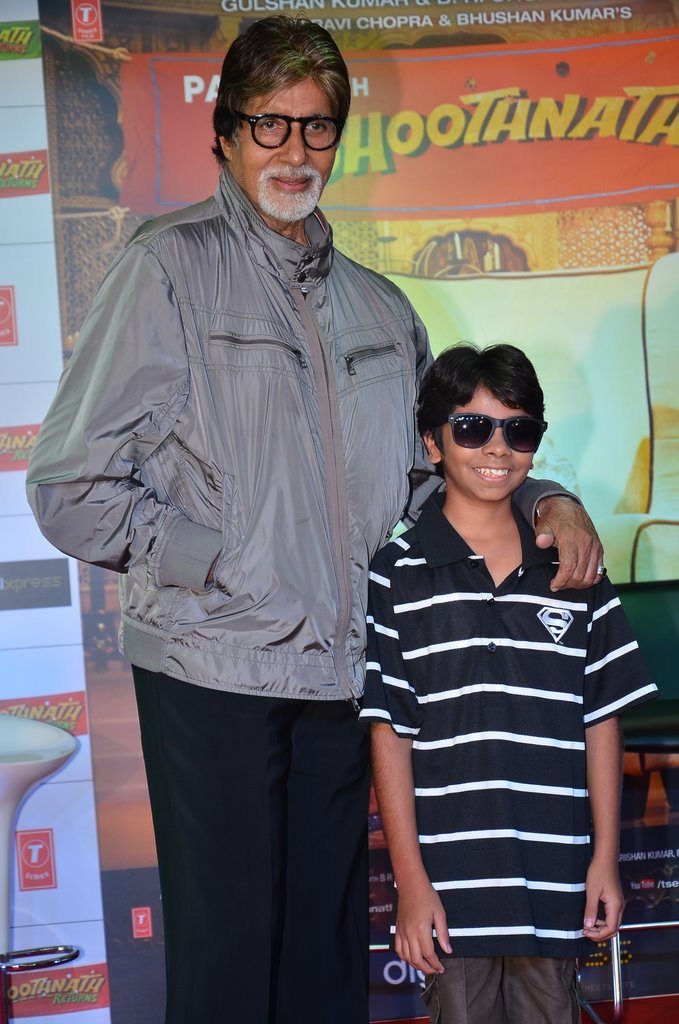 BollywoodGaram.com: Bollywood superstar Amitabh Bachchan promoted his upcoming movie ‘Bhoothnath Returns’ at Reliance Digital Express in Mumbai on March 22, 2014. The promotional event was also attended by crew members of the flick and a few other important guests.

In recent times, Mr. Bachchan is busy promoting the new flick at various platforms. The ‘Black’ actor interacted with the audience during the event. The movie is directed by Nitesh Tiwari and is a sequel to the 2008 movie ‘Bhoothnath’.

‘Bhoothnath Returns’ is a horror comedy and also features Boman Irani, Usha Jadhav and Parth Bhalerao. Shahrukh and Ranbir will be seen in supporting roles.