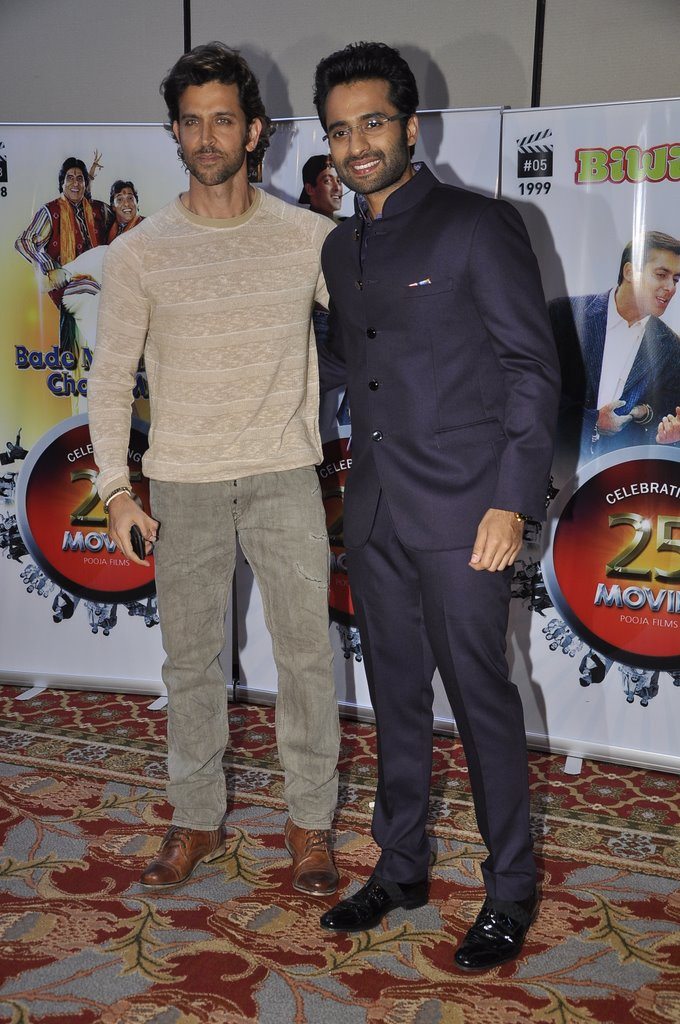 BollywoodGaram.com: Celebrities from Bollywood, including Amitabh Bachchan, Jaya Bachchan, Neha Sharma, Hrithik Roshan, Anupam Kher and Abhishek Bachchan attended a bash which was thrown by Vashu Bhagnani. Bhagnani hosted the party to celebrate completing 20 years in the movie industry and his 25th film as a movie maker.

The high-profile bash was also attended by Raveena Tandon, Tusshar Kapoor, Genelia D’Souza and Riteish Deshmukh, Sushmita Sen, Arshad Warsi and his wife Maria. Bhagnani produced some of the biggest blockbuster movies of Bollywood, such as ‘Om Jai Jagdeesh’, ‘Out of Control’, ‘Shaadi No One’, ‘Jeena Sirf Mere Liye’, ‘Deewaanapan’ and ‘Mujhe Kuch Kehna Hai’.

Vashu is preparing for the release of his upcoming movies ‘Youngistan’ and ‘Humshakals’ in 2014.