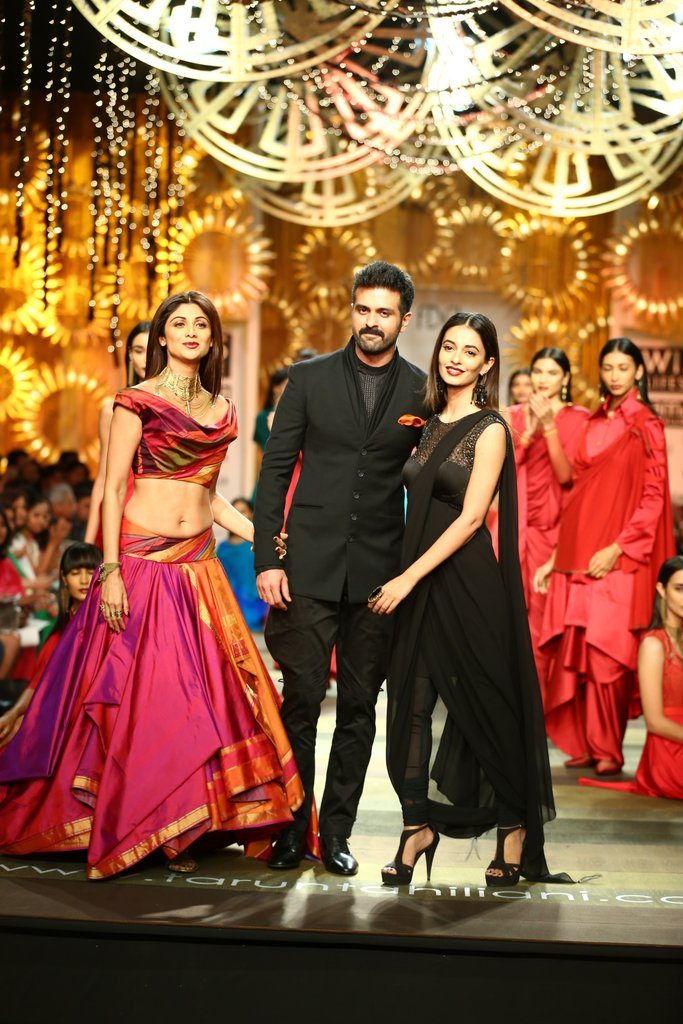 BollywoodGaram.com: Bollywood stars Shilpa Shetty and Harman Baweja walked the ramp for designer Tarun Tahiliani on March 26, 2014, during the opening of the Wills Lifestyle India Fashion Week autumn-winter 2014. The actress – who is known for her svelte figure, acting and dancing skills – walked the ramp in a kanjeevaram outfit.

The designer showcased some of his finest collections, from ivory cascade jacket with zardozi shoulders to gold appliqué one-sleeved dress in red. The show featured many outfits which were appealing. The 38-year-old actress looked perfect in a kanjeevaram puffy draped skirt and a draped corset blouse.

The outfit looked heavy due to its puffiness, but the actress said that it was just the opposite.