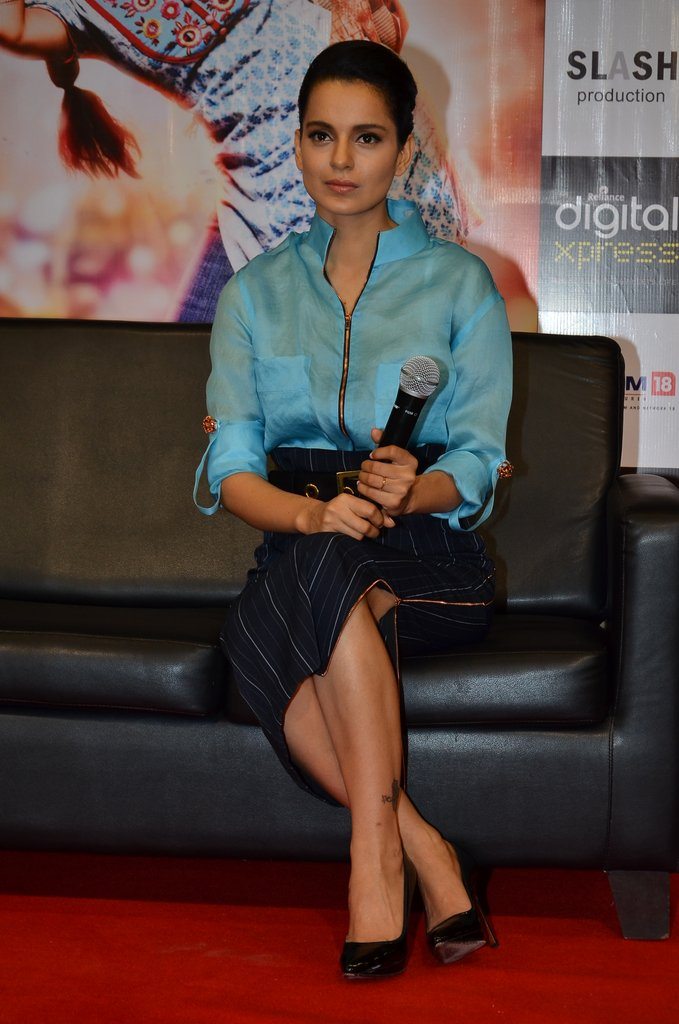 BollywoodGaram.com: Bollywood actress Kangna Ranaut has confirmed that she will be starring in the upcoming movie directed by Sujoy Ghosh. The role which will be played by Kangna was previously offered to Vidya Balan, but the actress opted out of the project, after which the ‘Queen’ actress has been roped in.

Kangna said on March 26, 2014 that she will be doing the upcoming Sujoy Ghosh movie and confirmed that she is excited about it. The actress informed that the movie is a suspense thriller, but refused to reveal more about the project. In the movie, Kangna will be seen playing the role of a 35-year-old mother of a 14-year-old paralytic girl.

Reports say that the movie has been titled ‘Durga Rani Singh’. The gorgeous actress is currently enjoying the success of her latest movie ‘Queen’, which is directed by Vikas Bahl. The ‘Gangster’ actress said that she is happy with the response she received for the flick and did not expect that kind of appreciation and is overwhelmed by it.

The actress also said that she is thankful to the audience for the love for her movie.‘Queen’ is a story of a girl who decides to go on her honeymoon alone after her wedding is called off by her fiance.