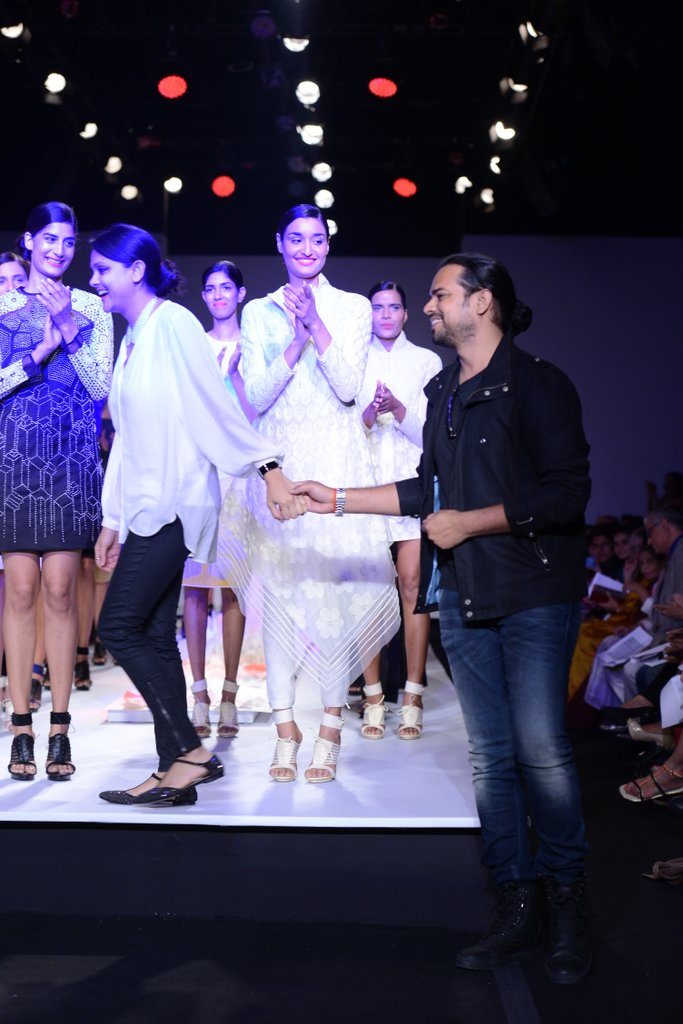 BollywoodGaram.com: Indian fashion designer Rahul Mishra has been honored with the International Woolmark Prize (IWP) in Milan and the famous designer has been celebrated at the Wills Lifestyle India Fashion Week autumn-winter 2014. Mishra was presented with a black cashmere scarf for winning the 2013-14 IWP in February 2014.

During the Day 2 of the Wills Lifestyle India Fashion Week, the designer presented a fantastic autumn winter 2014/2015 collection. Mishra named his collection The Lotus Effect, as it has been inspired by the eight petal white lotus.

Mishra tried to showcase the journey of the human race and the process of metamorphosis which the Earth has been subjected to in the previous century.