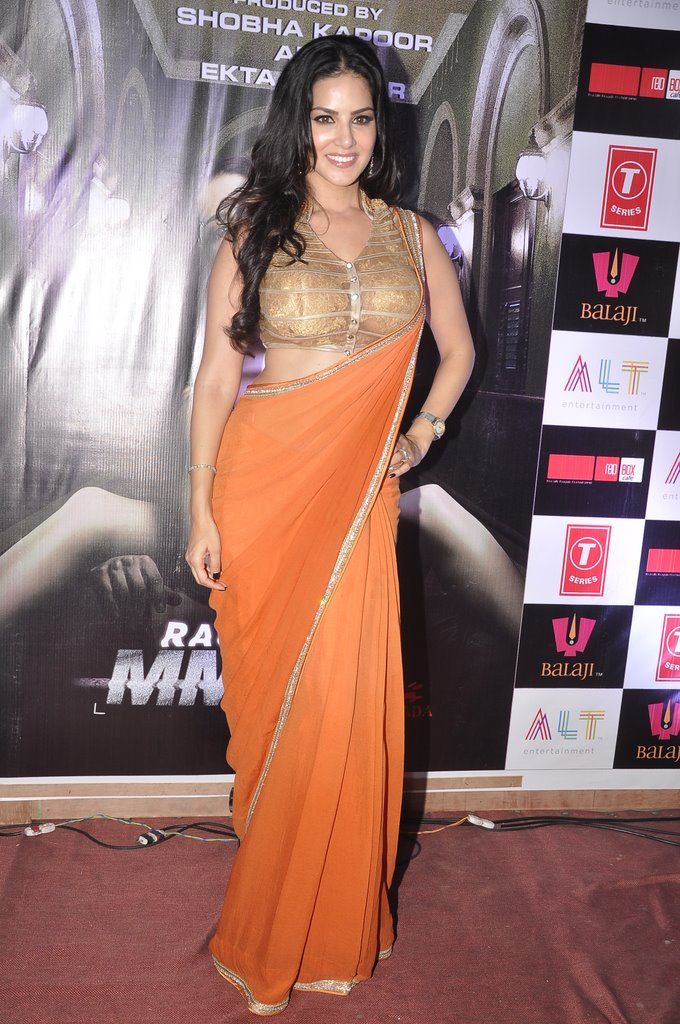 BollywoodGaram.com: Actress Sunny Leone is enjoying the positive feedback her latest movie ‘Ragini MMS 2’ is getting and she celebrated the success with her fans in Mumbai on March 26, 2014. At the celebratory event, the star looked glamorous in an orange sari with a golden blouse.

Sunny said that she is thrilled with the response she has received for the movie so far. The movie hit theaters on March 21, 2014 and is produced by Ekta Kapoor and Shobha Kapoor. Bhushan Patel directed the flick under the Balaji Motion Pictures and ALT Entertainment banner.

Apart from Sunny, the movie also has Saahil Prem in the lead role. The story is the continuity of the earlier flick ‘Ragini MMS’.