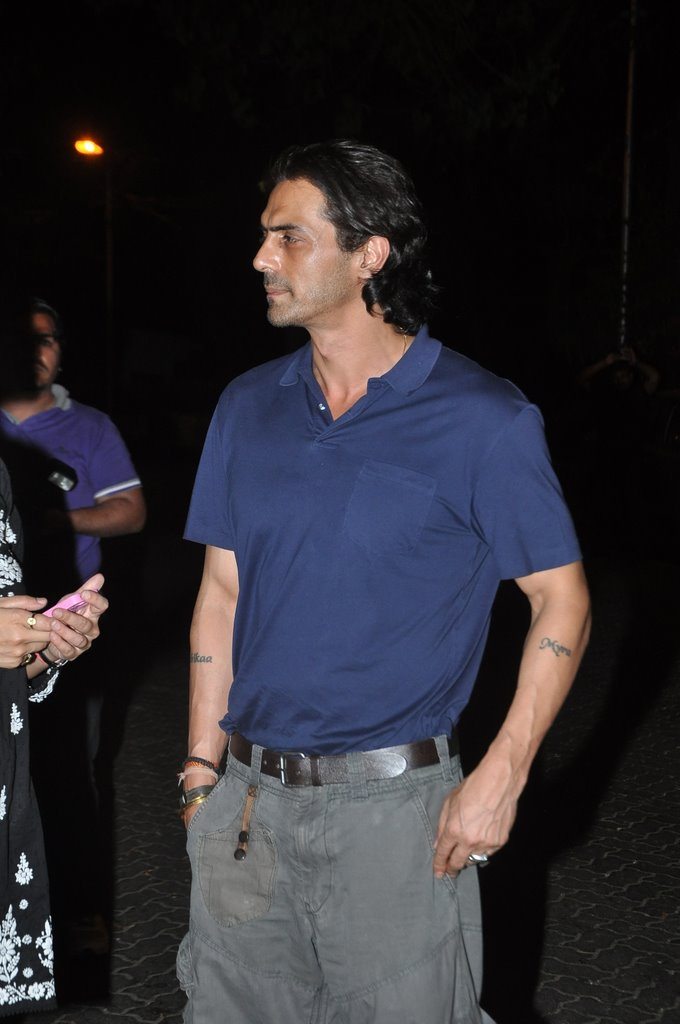 BollywoodGaram.com: Actor Arjun Rampal and his wife Mehr celebrated their wedding anniversary on March 28, 2014. The couple was seen leaving their residence and then heading to some particular spot in order to some quality time together.

Rampal and Mehr were accompanied by a few friends from Bollywood, including Chunky Pandey and wife Bhavna, as well as Abhishek Kapoor and girlfriend Pragya Yadav. In recent times, there were reports that the marriage of the couple was on the rocks, but the recent outing of Arjun and Mehr has indicated that everything seems to be in place and at peace.

The couple has two daughters, Mahikaa and Myra.