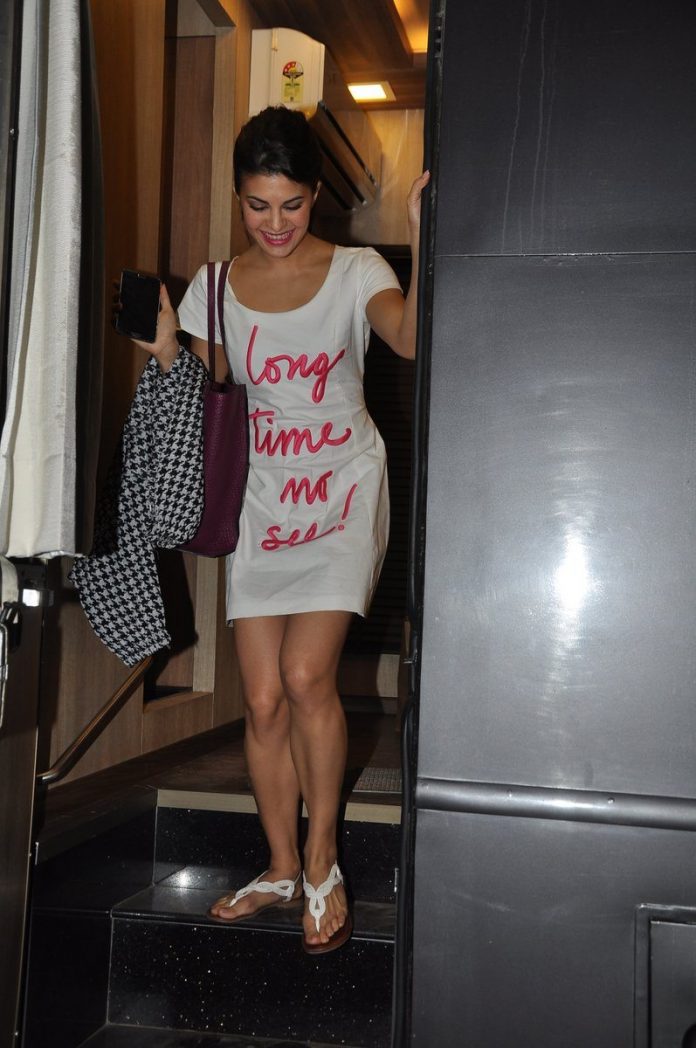 BollywoodGaram.com: Sri Lankan beauty Jacqueline Fernandez was snapped coming out of her vanity van on March 28, 2014, as she finished an advertisement shoot. The actress looked pretty in a white and pink little dress.

Jacqueline and Bollywood superstar Salman Khan are currently shooting for their upcoming movie ‘Kick’, which is all set to hit theaters on July 27, 2014. The movie is directed by Sajid Nadiadwala and is currently in the production stage. ‘Kick’ is a remake of the Telugu blockbuster movie of the same name which starred Ravi Teja and Ileana D’Cruz.

Earlier, the movie was supposed to be directed by Shirish Kunder, but then he opted out due to his movie ‘Joker’.