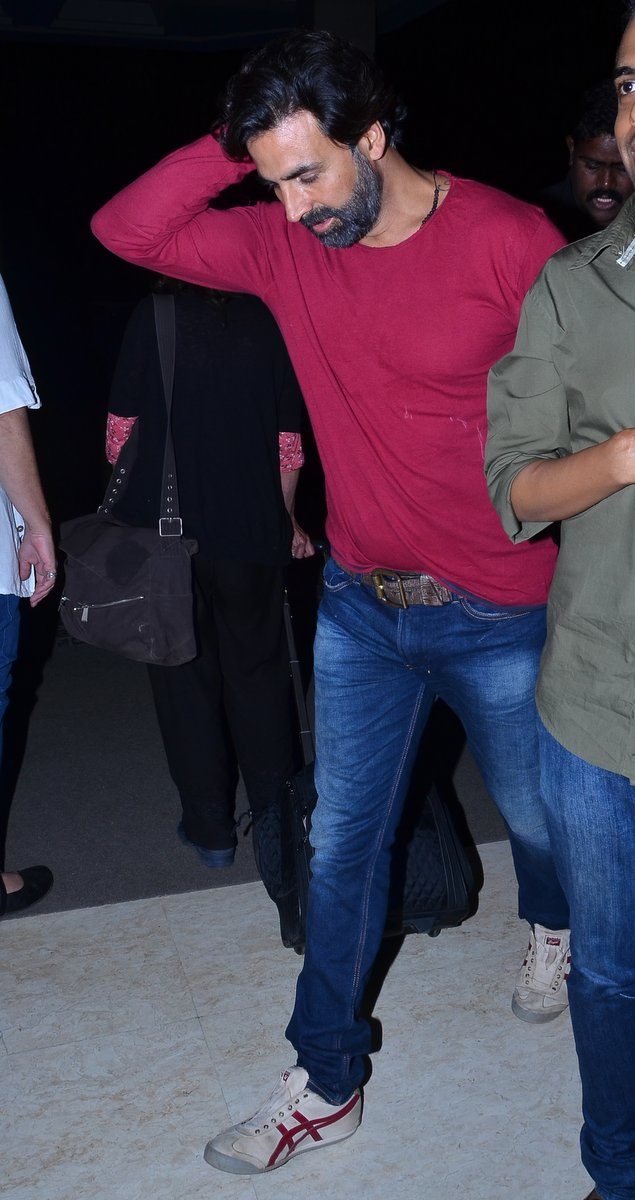 BollywoodGaram.com: Bollywood actor Akshay Kumar was snapped while entering a suburban hotel in Mumbai on March 28, 2014. The actor sported a bearded look and was dressed casually, in jeans and a shirt.

The ‘Khiladi 420’ actor has been sporting a beard in recent times because of his upcoming movie ‘Gabbar’, for which he is currently shooting in Mumbai. ‘Gabbar’ is an upcoming Hindi action flick directed by Krish and produced by Sanjay Leela Bhansali with Viacom 18 Motion Pictures. The movie also stars Shruti Haasan, Sonu Sood, Prakesh Raj and Sunil Grover.

The movie is expected to be released on January 8, 2015 and is an official remake of the Tamil blockbuster movie ‘Ramana’.