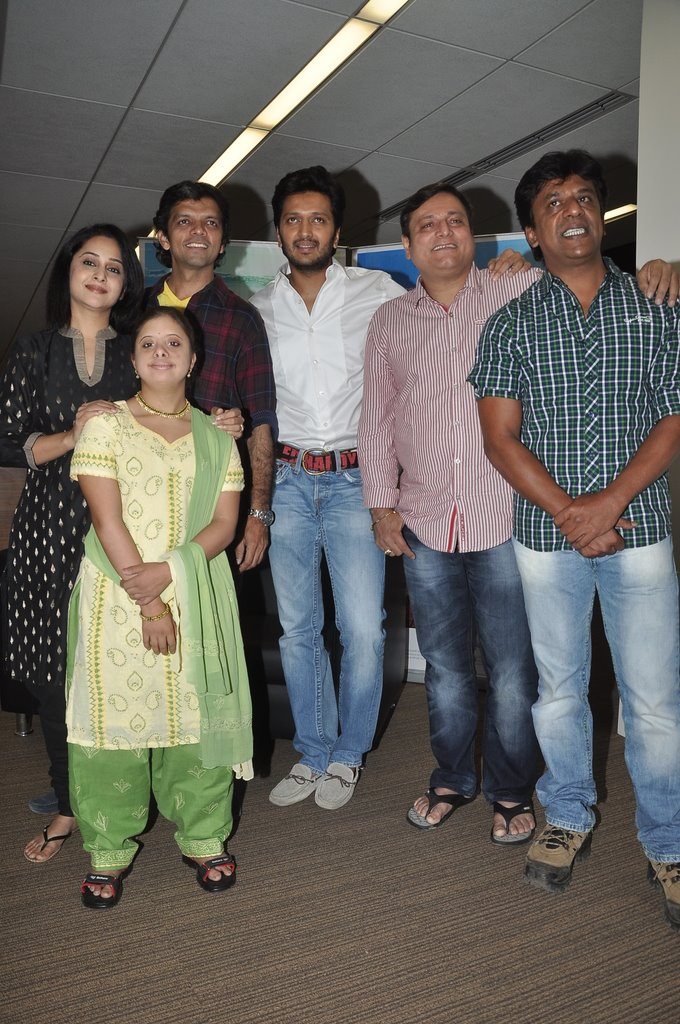 BollywoodGaram.com: Bollywood actor Riteish Deshmukh attended a press conference which was held in order to promote his production ‘Yellow’ in Mumbai on April 1, 2014. Once again, the ‘Masti’ actor has donned the hat of a producer for the Marathi flick which is based on the attention towards children with special needs.

While talking about the upcoming production, the actor said that people who do not understand Marathi have seen it with subtitles and reacted positively. Deshmukh also expressed that he is overwhelmed by the response. The Marathi flick is all set to be released on April 4, 2014.

Riteish’s previous venture as a producer was with the movie ‘Balak Palak’, which was appreciated by many people.