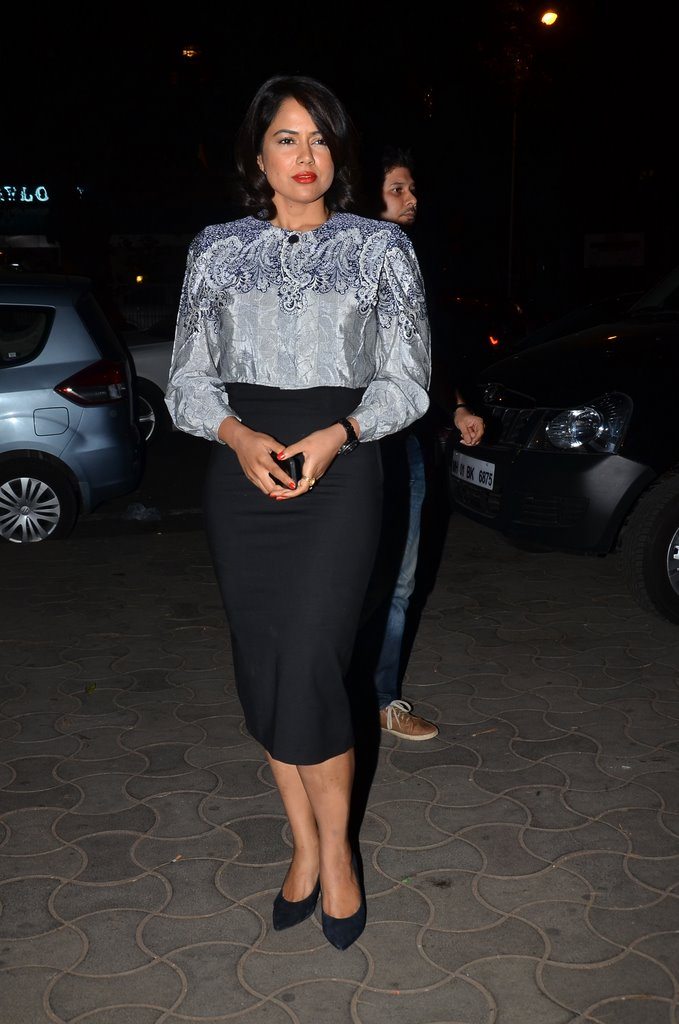 BollywoodGaram.com: Indian actress Sameera Reddy appeared at an event Anemia Camp – which was organized by ‘Let’s Be Well Red’ project – in Mumbai on April 2, 2014. The new campaign has been launched in order to raise awareness and fight against anemia in women and children.

The ‘Race’ actress arrived dressed in a black and grey outfit and actively participated in the campaign. Reddy married entrepreneur Akshai Varde on January 21, 2014, in a traditional Maharashtrian wedding. Sameera made her debut in Bollywood with the movie ‘Maine Dil Tujhko Diya’. Apart from Bollywood movies, the actress has also worked in Tamil and Telugu movies.

In 2012, the actress was one of the judges for the Miss Sri Lanka Online contest.