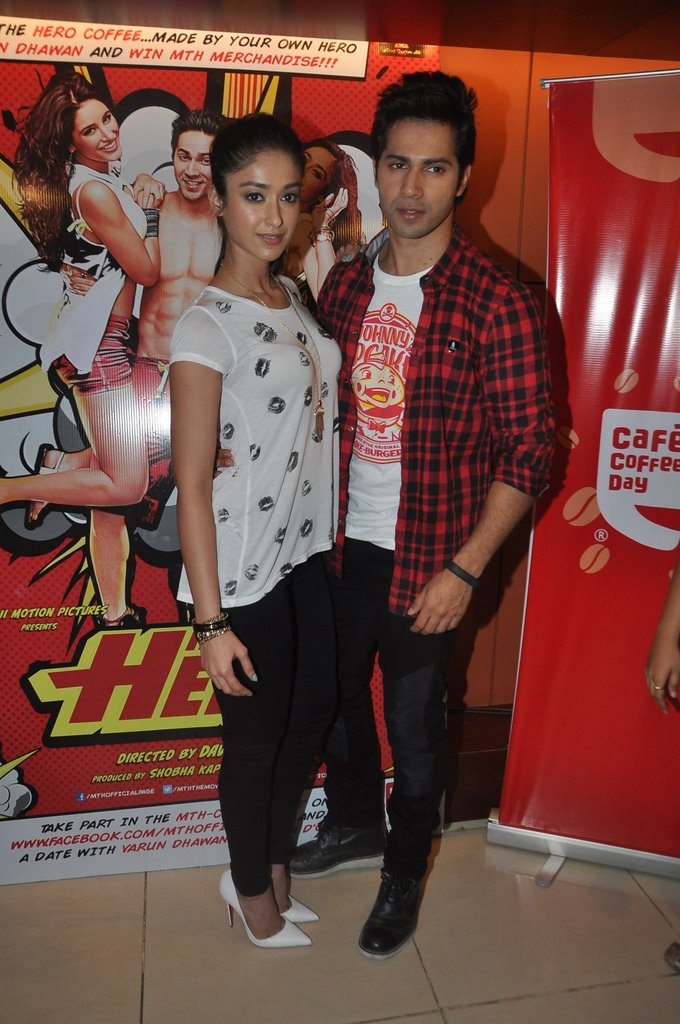 BollywoodGaram.com: Lead actors from the upcoming movie ‘Main Tera Hero’, Varun Dhawan and Ileana D’Cruz promoted their flick in Delhi in front of a crowd of about 10,000 people on April 4, 2014. The two young stars were welcomed by their adoring fans.

Both Dhawan and D’Cruz were excited and pleasantly surprised by the response they from the crowd. Varun even invited some of the female fans on stage to shake a leg with the actor for the song ‘Palat’ from the flick.

In addition to that, Dhawan tried his best to get the right partner for the gorgeous actress and invited the boys on stage to impress the lady. The actor was sporty enough to lift his co-star, which increased the excitement among the crowd.