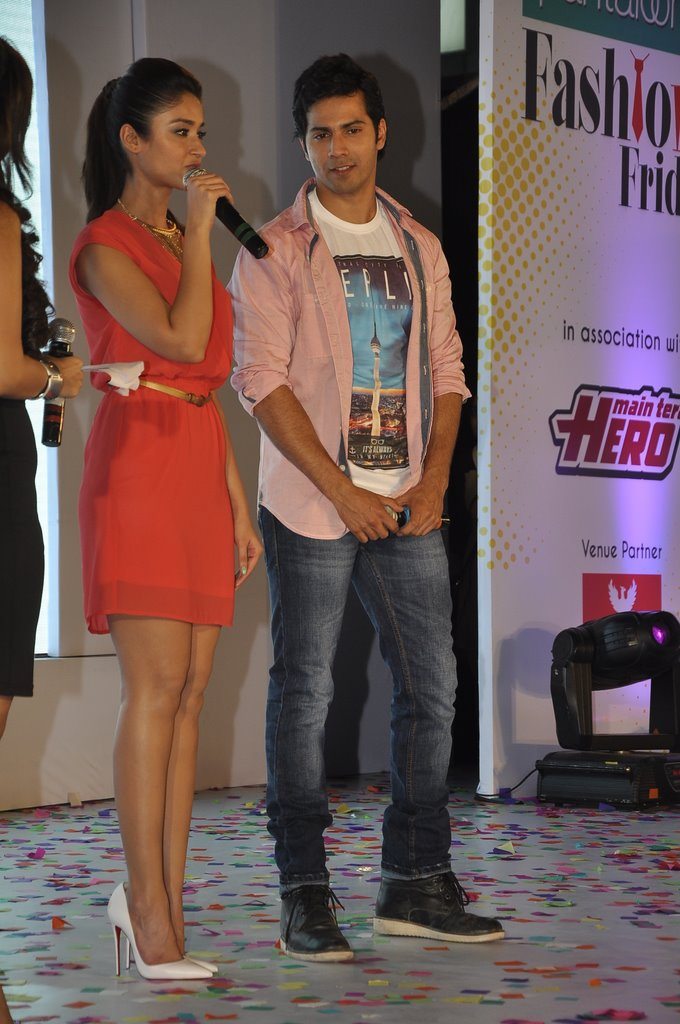 BollywoodGaram.com: The makers of the movie ‘Main Tera Hero’ have been working hard when it comes to promoting the new flick and the leading stars, Varun Dhawan and Ileana D’Cruz recently walked the ramp during the launch of Fashion Friday at Pantaloons new look store in Mumbai. The actors promoted their movie at the event on April 4, 2014. Ileana looked stunning in a bright orange outfit with a golden belt.

The on-screen couple not only walked the ramp, but they also shook a leg on stage and interacted with the crowd and media. ‘Main Tera Hero’ hit theatres in April 4, 2014 and the flick is directed by David Dhawan.

The movie is produced by Shobha Kapoor and Ekta Kapoor for Balaji Motion Pictures.