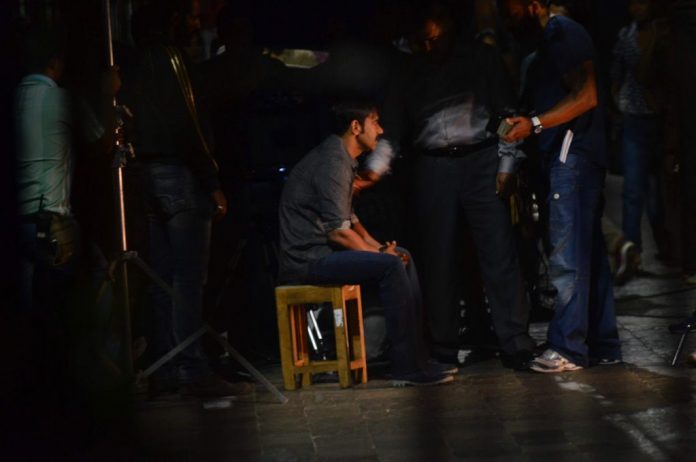 BollywoodGaram.com: Bollywood action star Ajay Devgn is surely working hard while shooting for the upcoming movie ‘Singham 2’. Recently, the famous actor was snapped shooting at night and this is another movie by Rohit Shetty in which Devgn is starring.

Ajay and Rohit were seen discussing a scene at the location. The upcoming flick ‘Singham 2’ is a sequel to the 2011 movie ‘Singham’. The sequel features Bollywood leading lady Kareena Kapoor and is all set to be released on August 15, 2014. The soundtrack of the flick is composed by Himesh Reshamiya, while Ajay Atul composed the music for ‘Singham’.