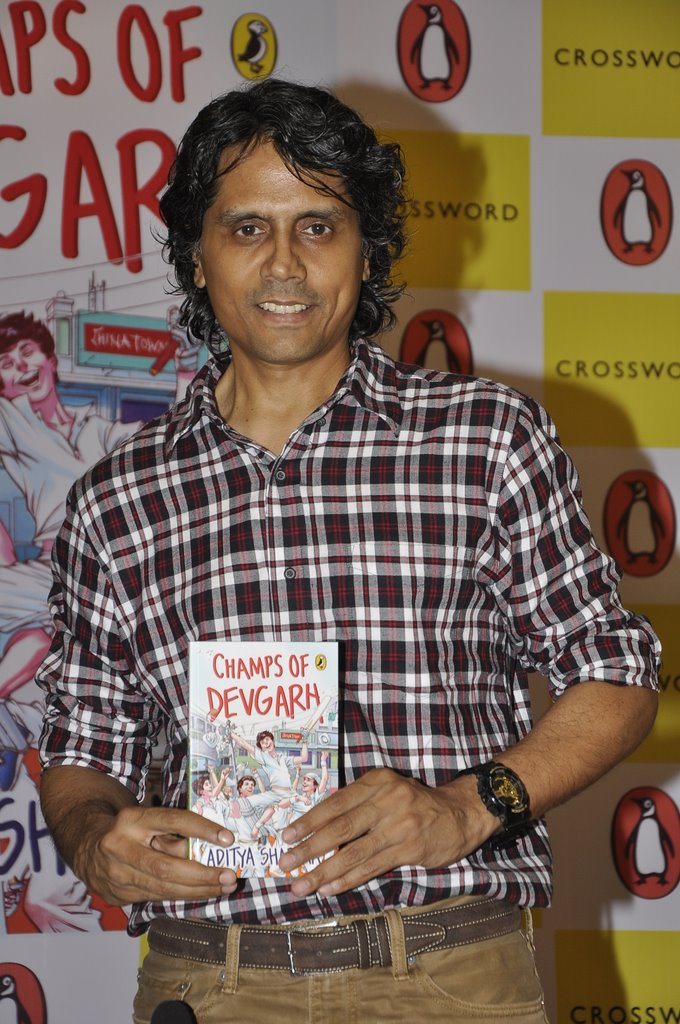 BollywoodGaram.com: Bollywood filmmaker Nagesh Kukunoor attended the book launch event for ‘Champs of Devgarh’ by Aditya Sharma, which was held at Crossword bookstore in Mumbai on April 6, 2014. The book is Aditya’s first and is about struggles, as well as aspirations of Star Eleven Boys who attend Holy Mission School.

Nagesh recently released the movie ‘Lakshmi’, which is a story about human trafficking and child prostitution. The filmmaker has narrated the story of a girl who is forced into prostitution, but manages to escape that horrible world.

Kukunoor was inspired to make the movie after visiting a few NGOs in India, where he met victims of human trafficking.