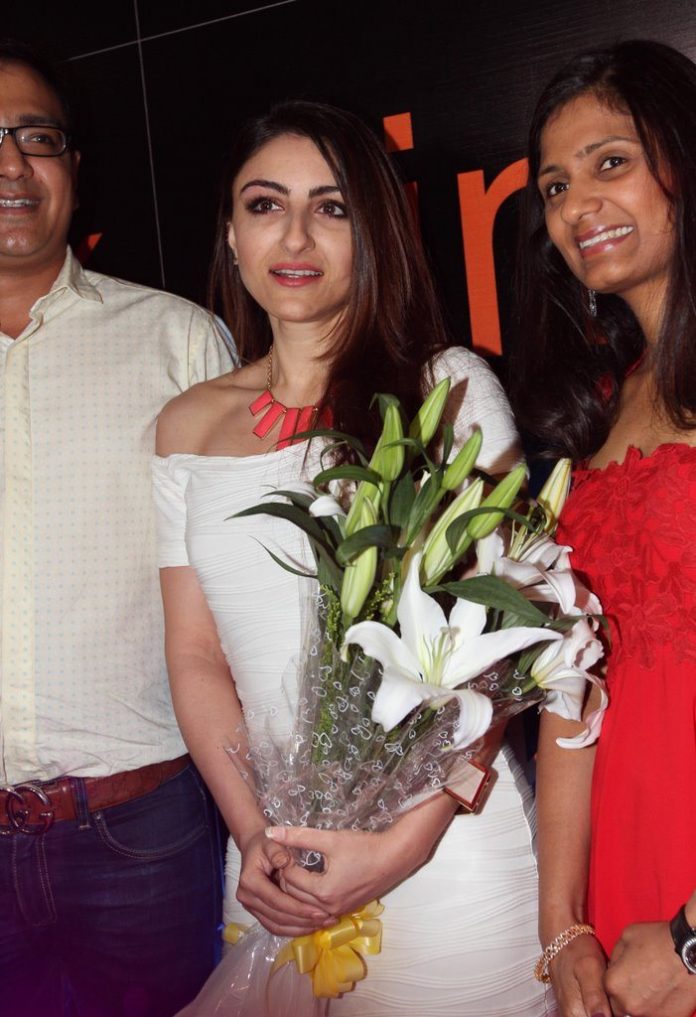 BollywoodGaram.com: Young Bollywood actress Soha Ali Khan unveiled the signature store of trendy ready-to-wear women brand Zink London during an event which was held at Forum Courtyard in Kolkata. The actress arrived in a white and fashionable outfit at the event.

During the event, Khan expressed that she is happy to be there, as Kolkata is her favorite city and she has a special relationship with it. Soha was last seen in the movie ‘Mr. Joe B Carvalho’, in which she played the role of ShantiPriya Phadnis and is currently working on the upcoming project ‘Chaarfutiya Chhokare’.

The actress also starred in the movie ‘War Chod Na Yaar’, in which she played the role of Ruth Dutta.