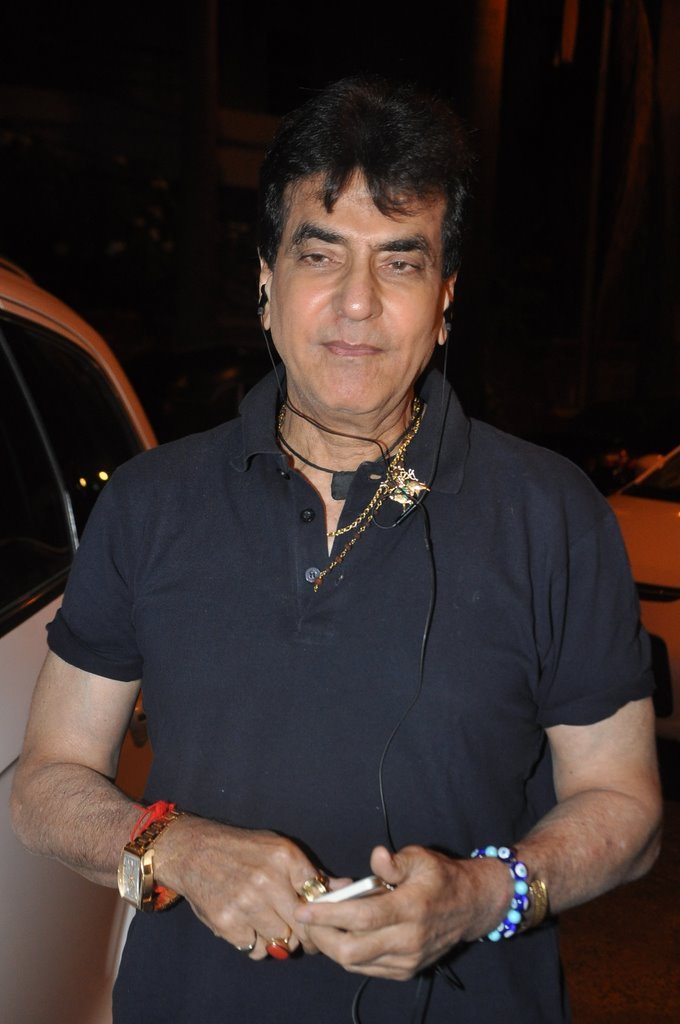 BollywoodGaram.com: Veteran Indian actor Jeetendra – who was also known as the ‘jumping jack’ of Bollywood – was snapped with his children Ekta Kapoor and Tusshar Kapoor on the occasion of his birthday on April 7, 2014. The actor – who turned 72 on April 7, 2014 – is the chairman of the Balaji Telefilms, Balaji Motion Pictures and ALT Entertainment.

Jeetendra was a popular actor during the 70’s and the 80’s. The Bollywood star married his childhood sweetheart Shobha Kapoor with whom he has a son and a daughter, Tusshar and Ekta, respectively. Ekta now runs the popular Balaji Telefilms, while Tusshar Kapoor is an actor.

Jeetendra made a special appearance in the Ekta Kapoor production ‘Kucch Toh Hai’.